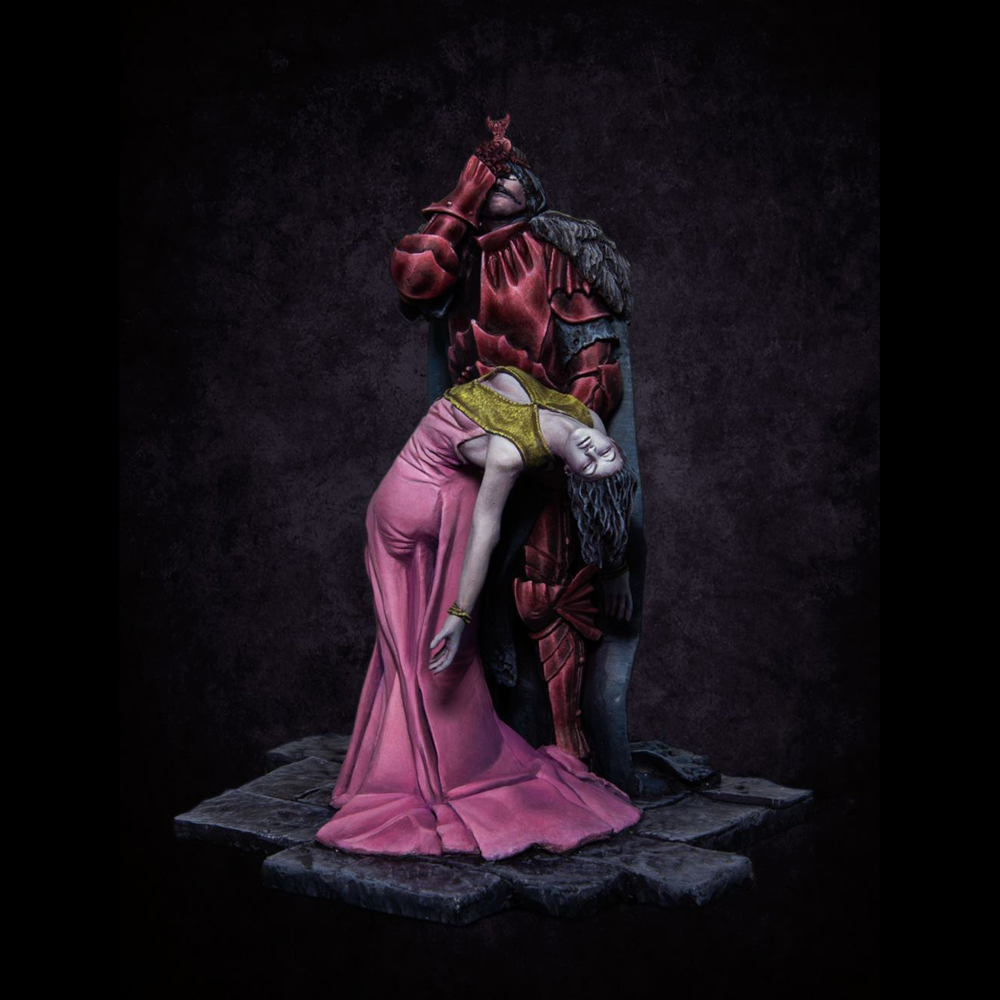 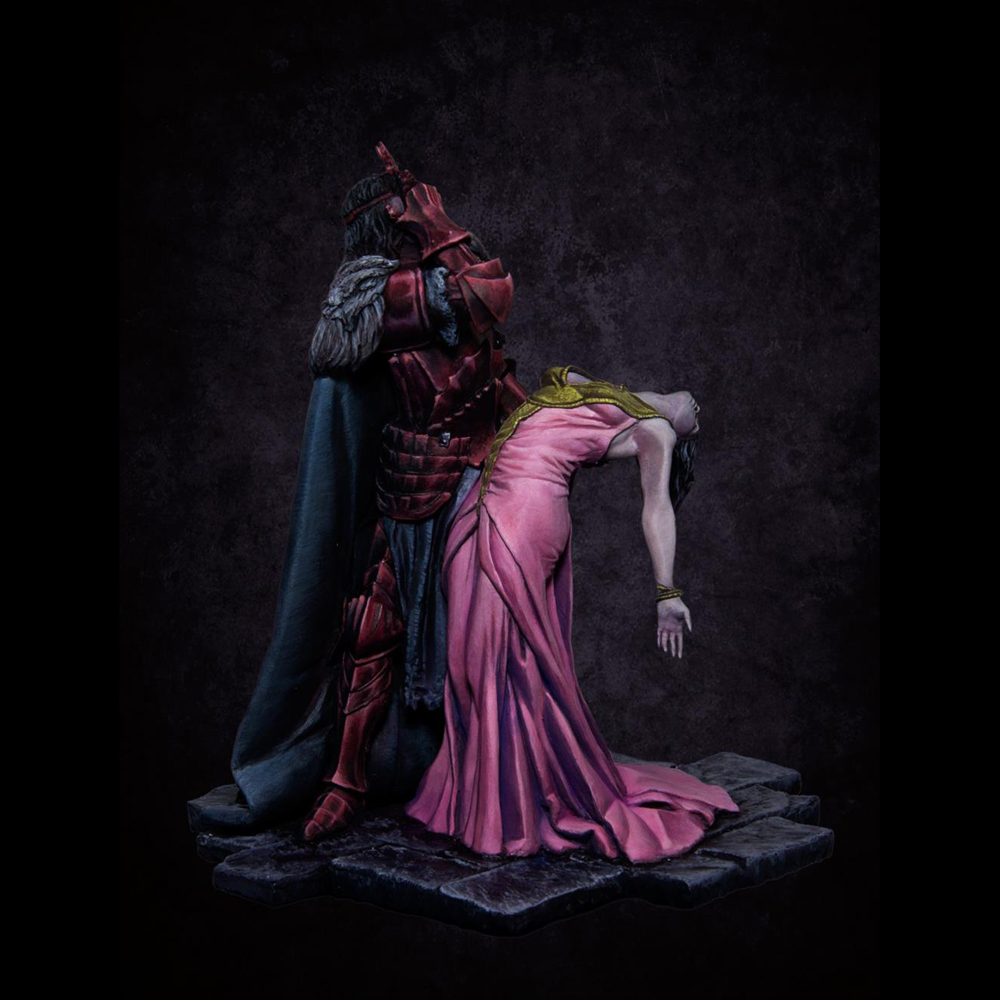 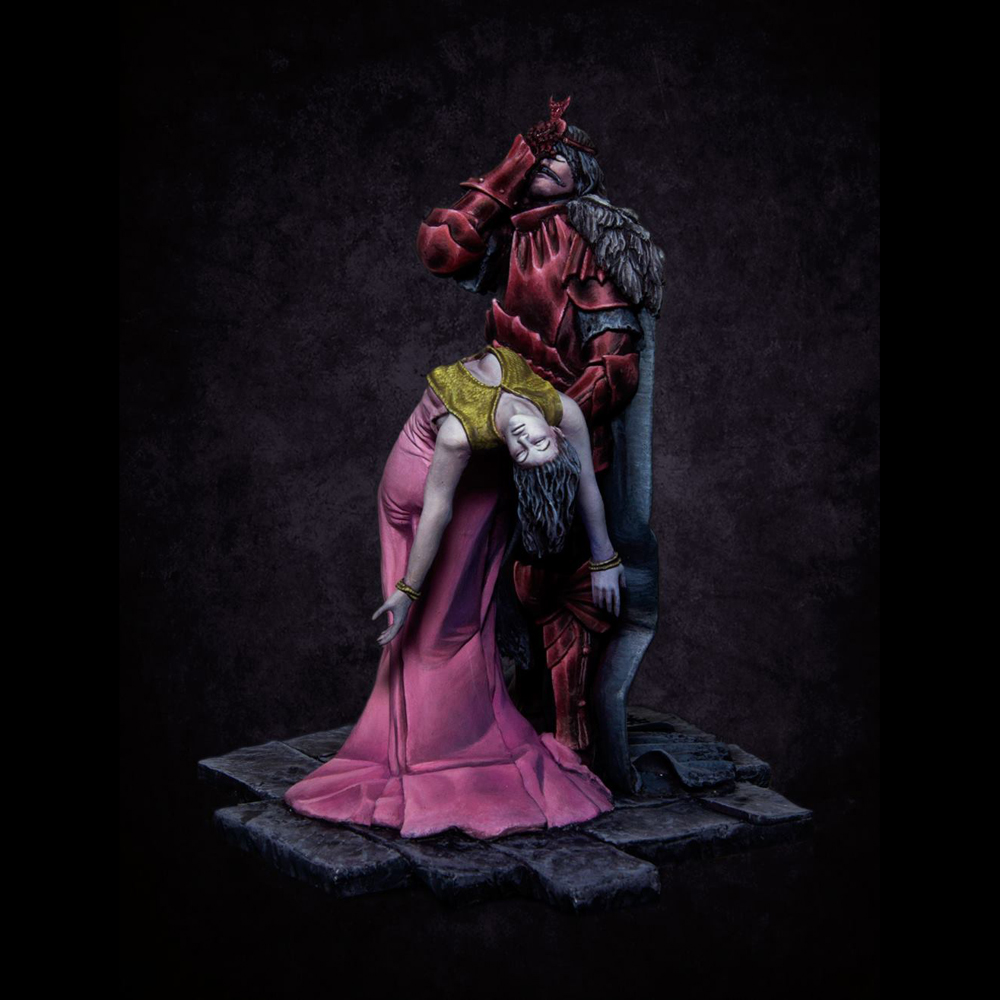 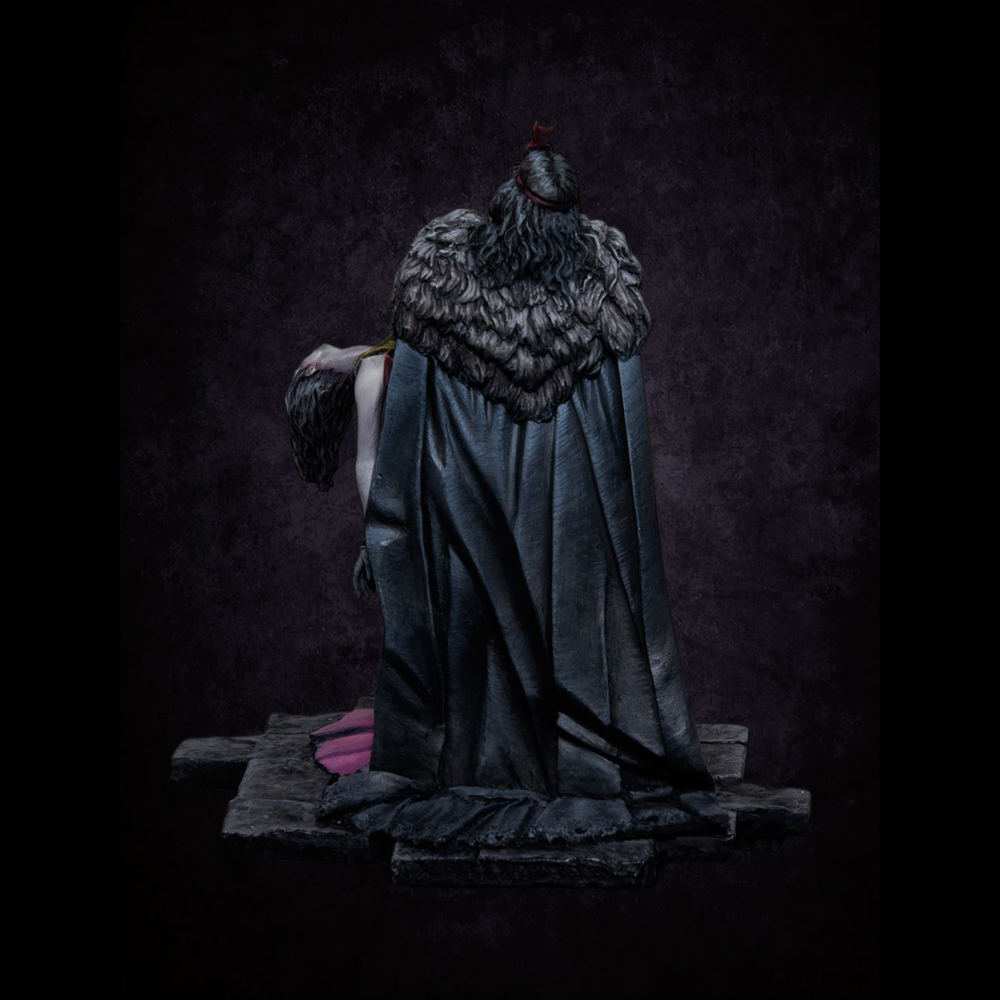 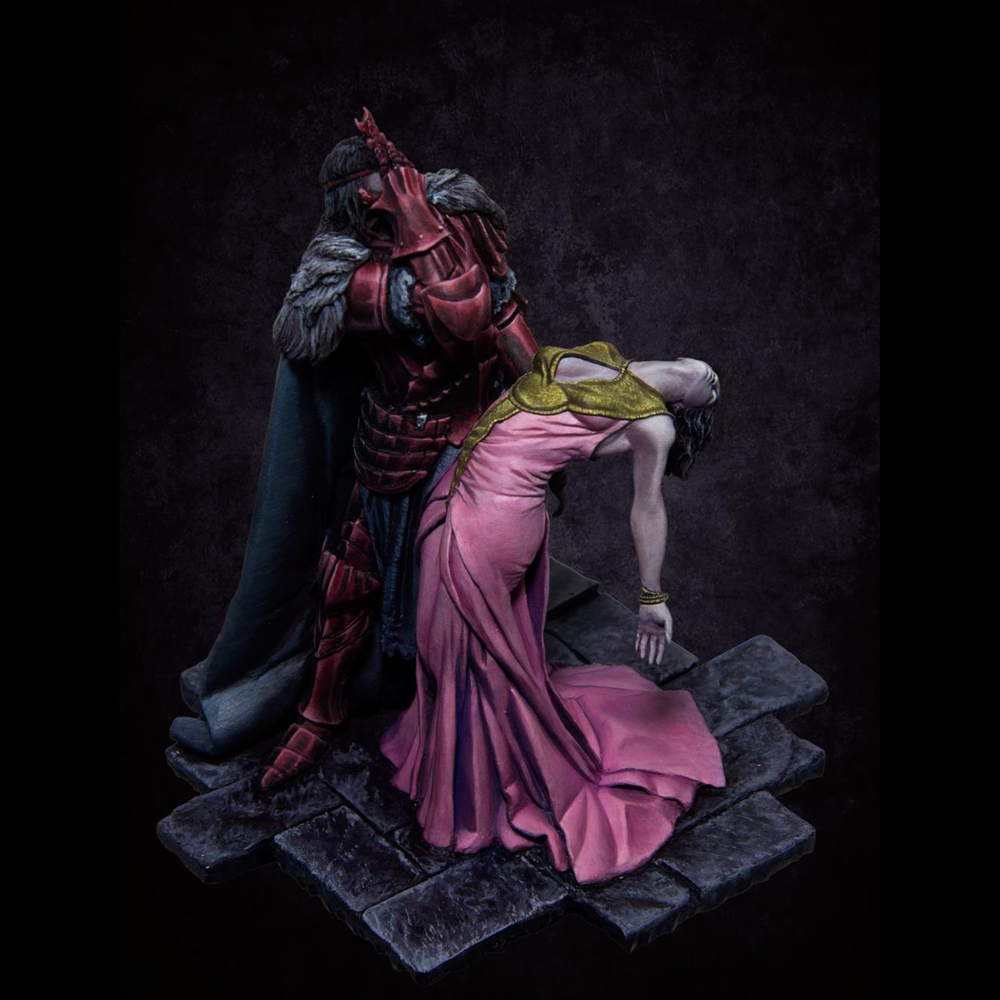 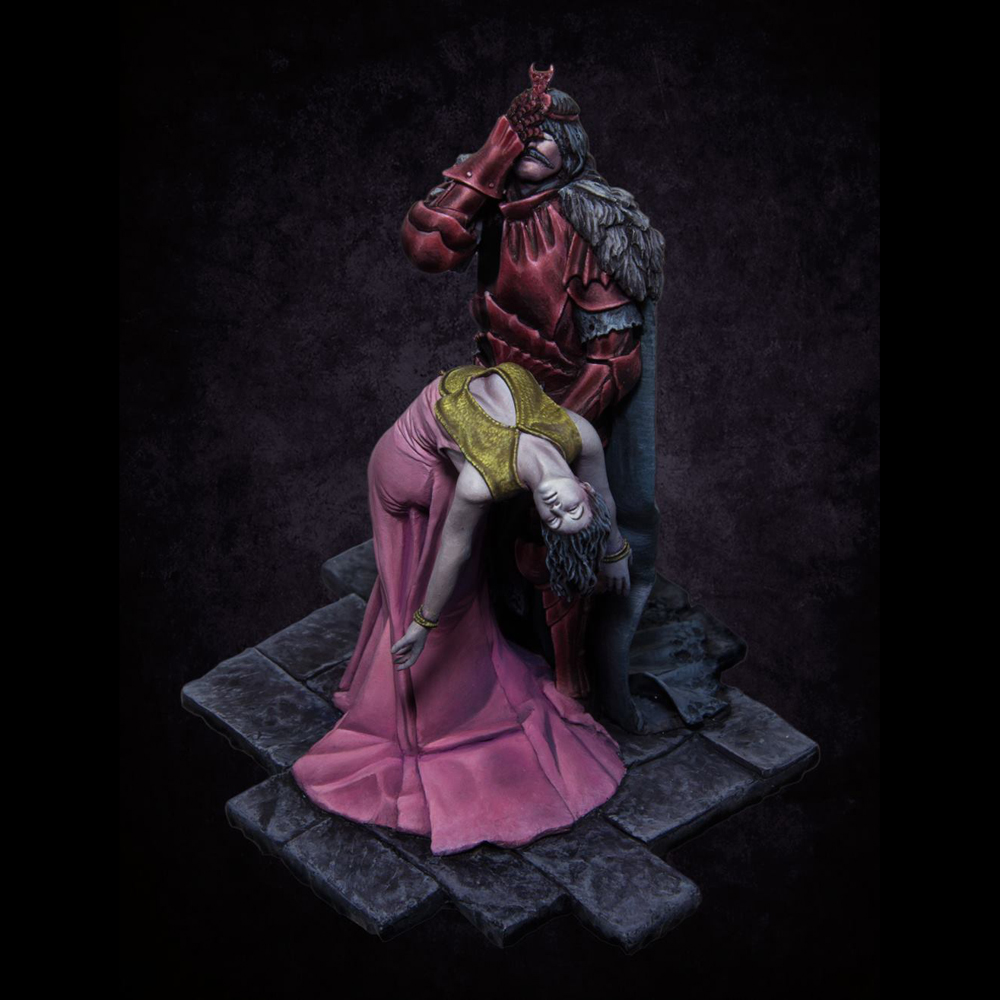 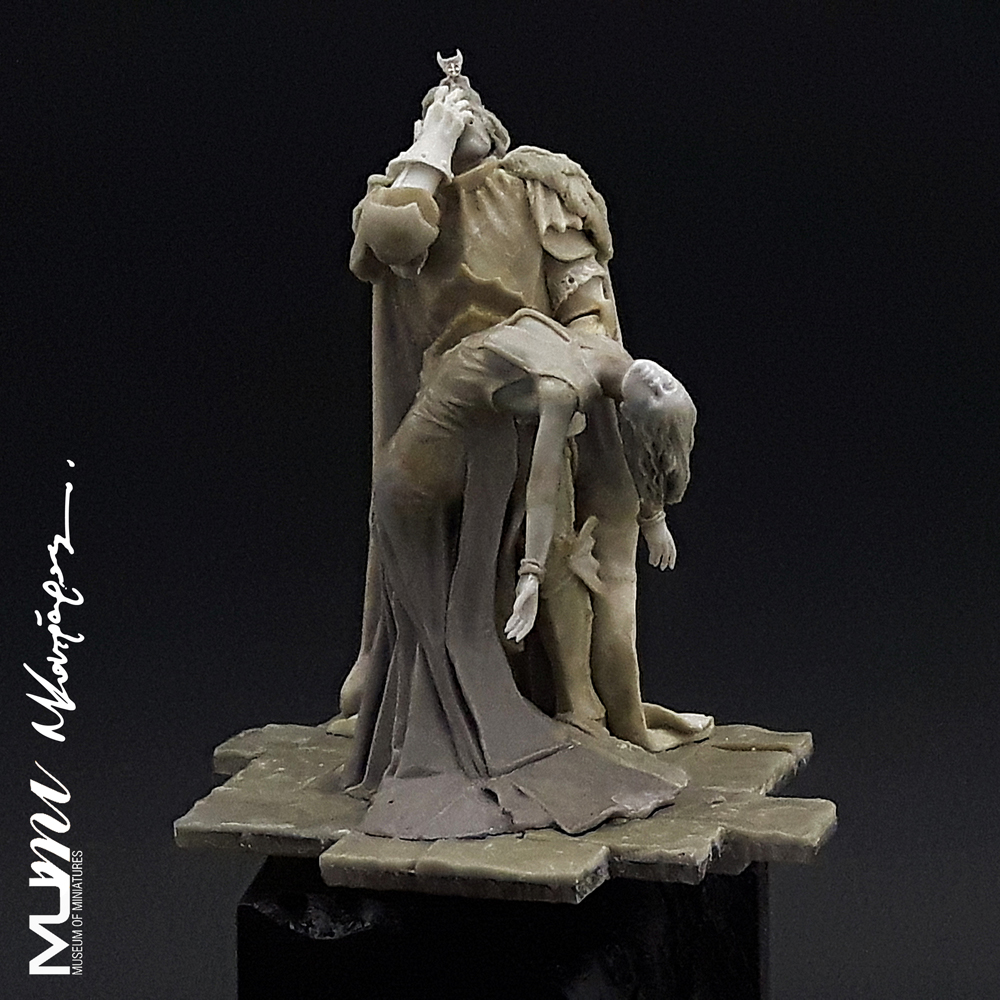 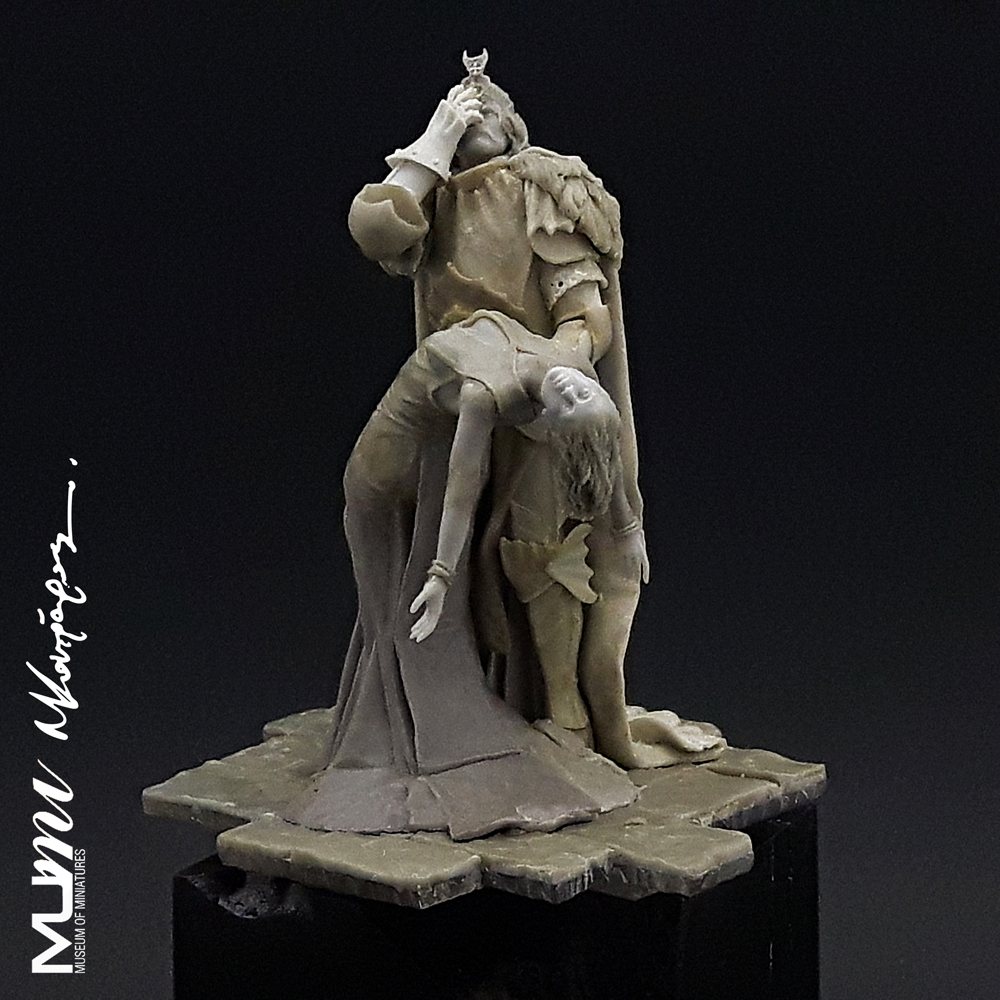 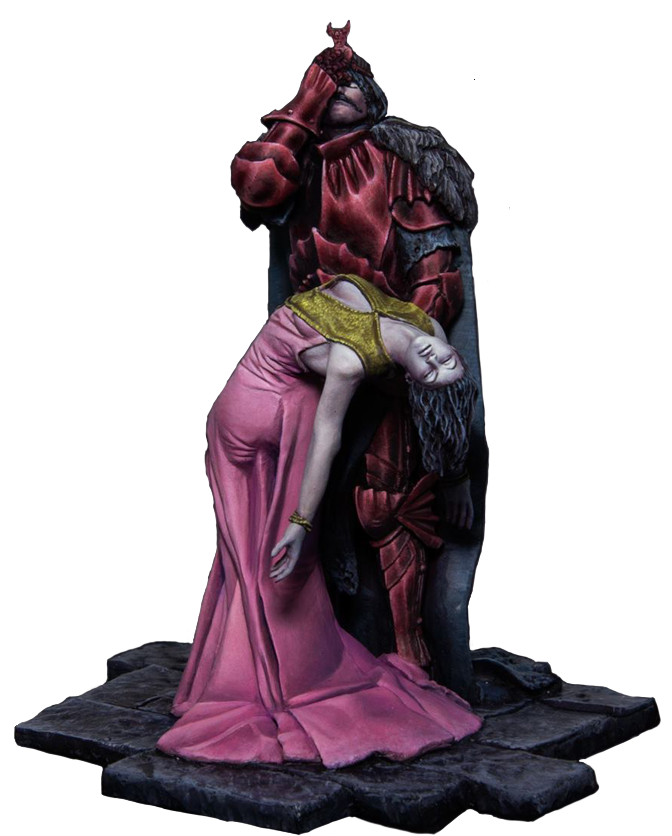 His powers were borrowed, he had made a deal with the devil himself. If he managed, to pass one more night without blood passing his lips he would return to his beloved wife as a man, and not the terrible beat he had become.

As the beast he had unlimited power, there was no other way to protect his people, his family his loved ones. His rage exploded and he smote his enemies down with vengeance and anger. On that day he was a whirlwind of death and destruction, a force of nature, absolutely unstoppable.

But as he vanquished his enemy on the battlefield, in his castle, in his beloved Elizabeta’s ear, whispered a wind of discontent, a horrible lie was planted, from which she could not recover. Hearing that her beloved prince was dead Elisabeta took her life.

Victorious Prince Vlad returned to his castle and made his way to his chambers relishing the warm embrace of Elisabeta. Upon opening the door, he gazed upon the cold, lifeless body of his wife.

His rage and anger were unfathomable, his despair and anguish unmeasurable…he lost all control, and so the beast took over. He slaughtered everyone in the castle, gorging himself on their blood…he was a plague, a scourge…. now he was Dracula!

He would spend all eternity searching for the soul of Elisabeta, he one and only love. “I have crossed oceans of time to find you".

His love and passion for her undying, his spirit broken from her loss.

A wonderful collaboration between Michael Kontraros and MuMi. Elisabeta, the birth of Dracula in 75mm scale.