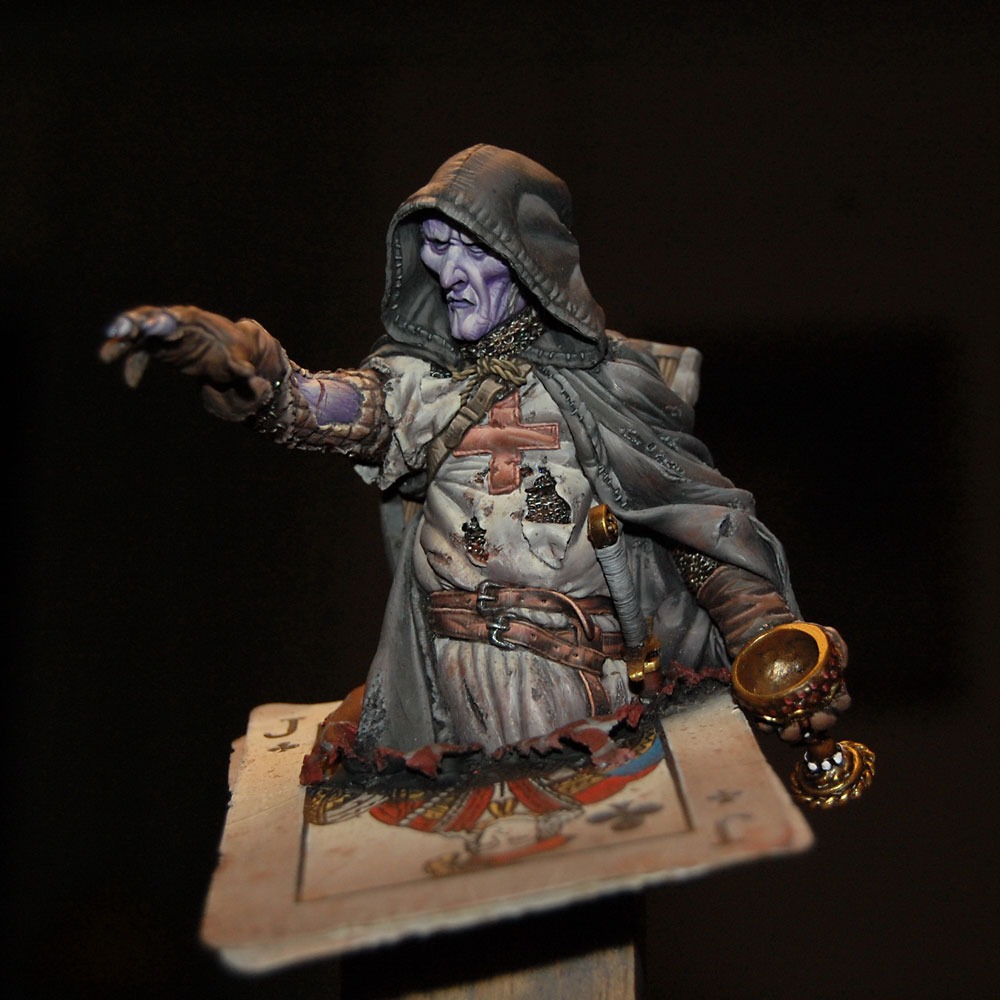 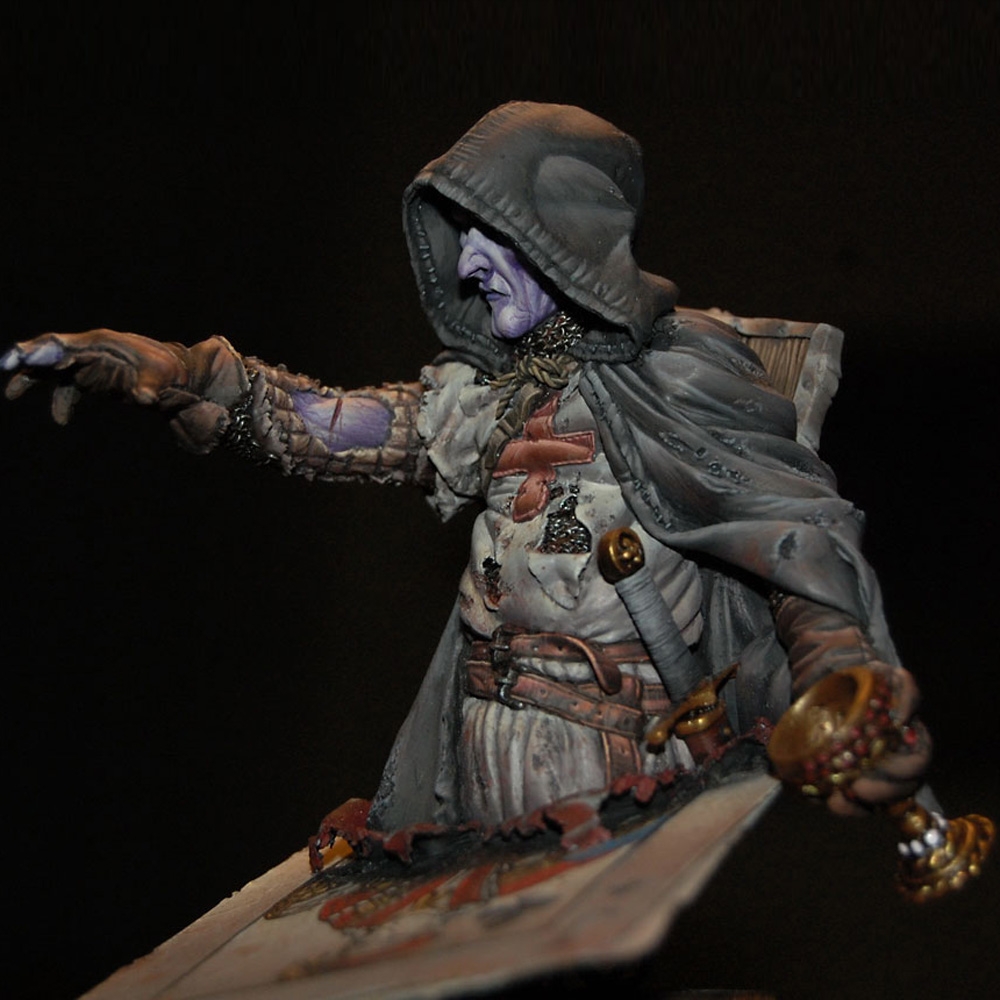 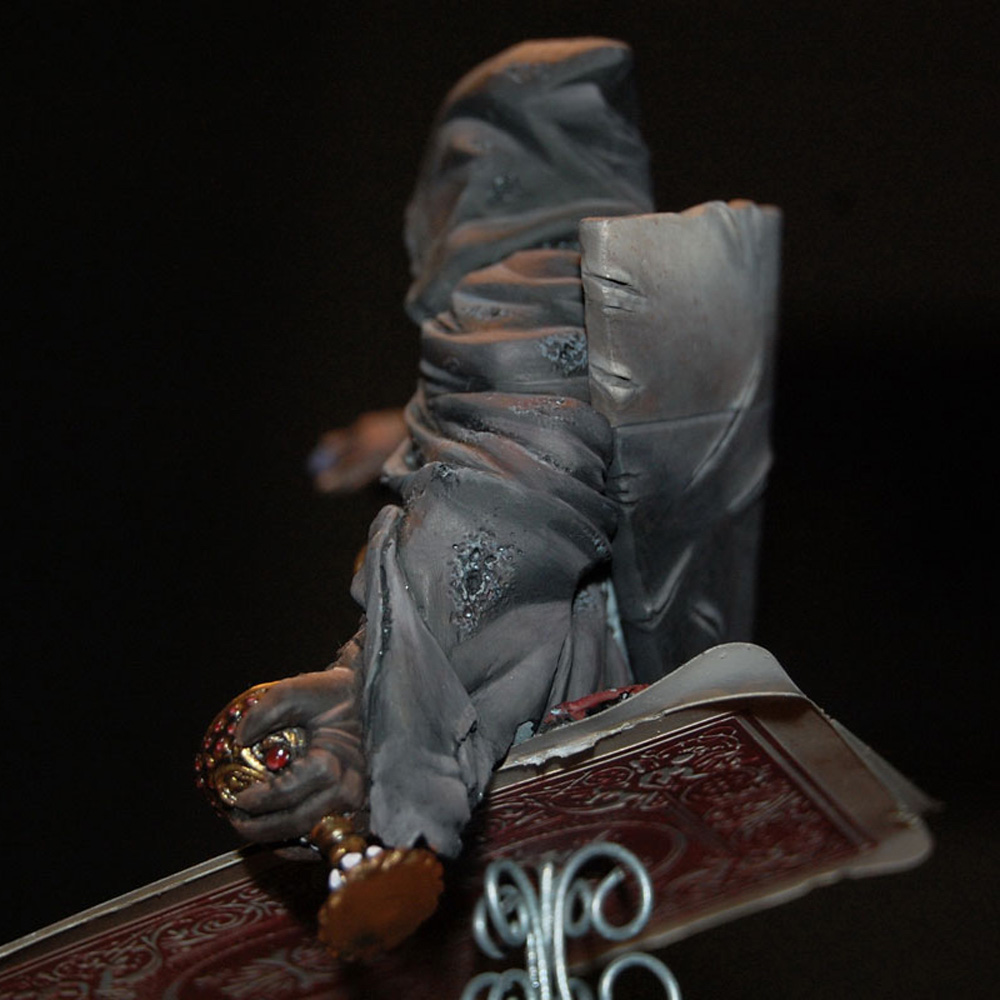 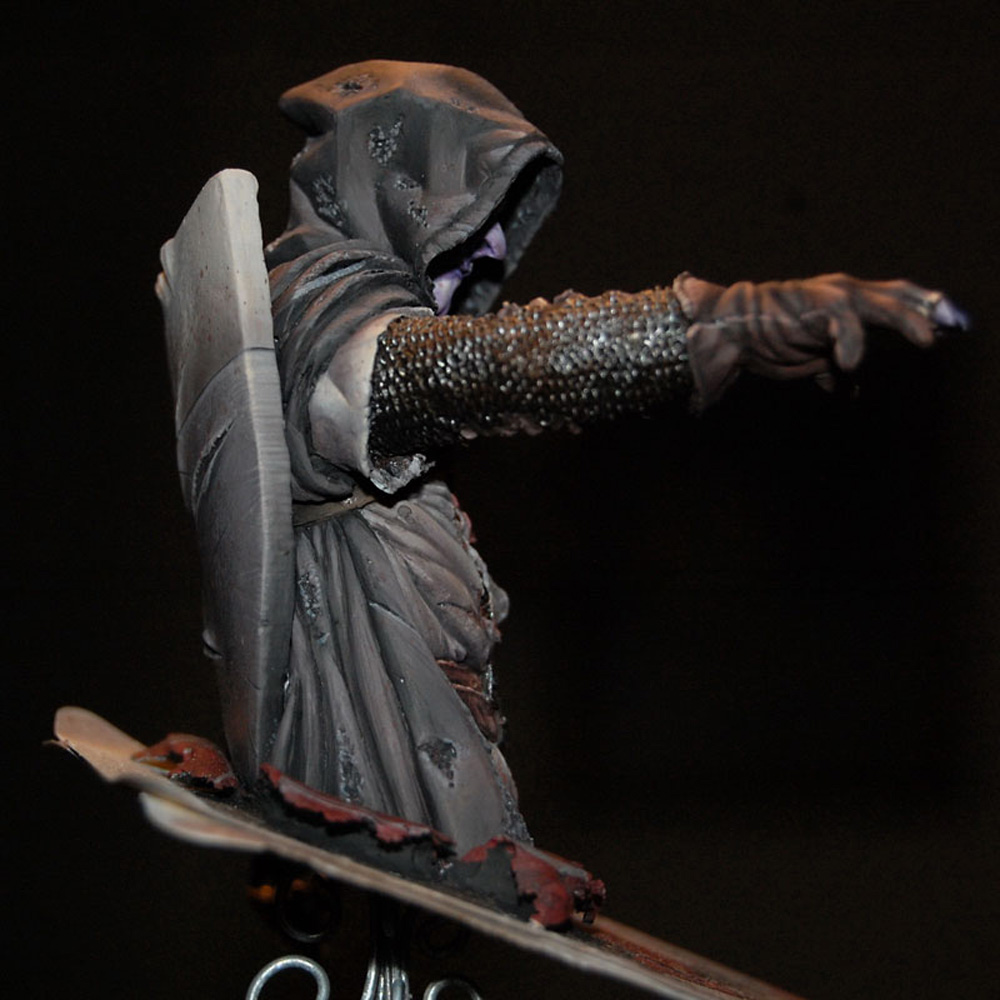 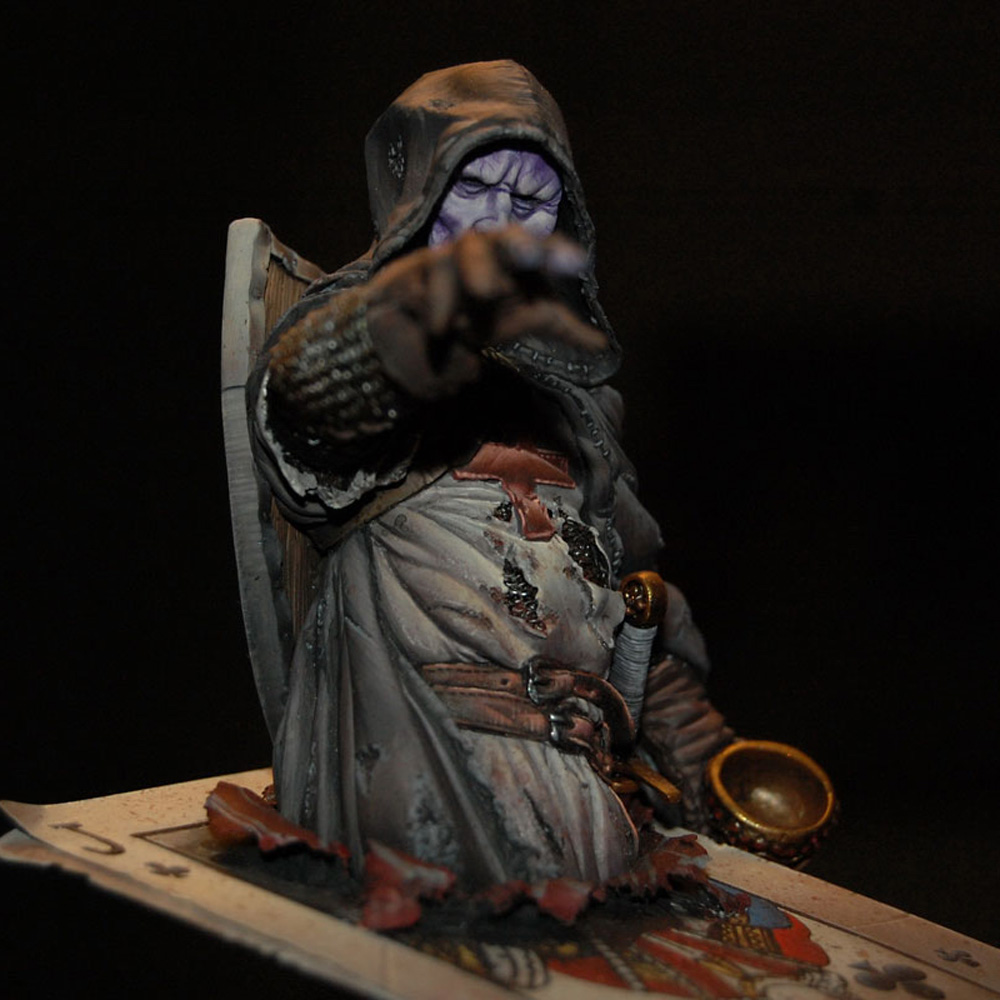 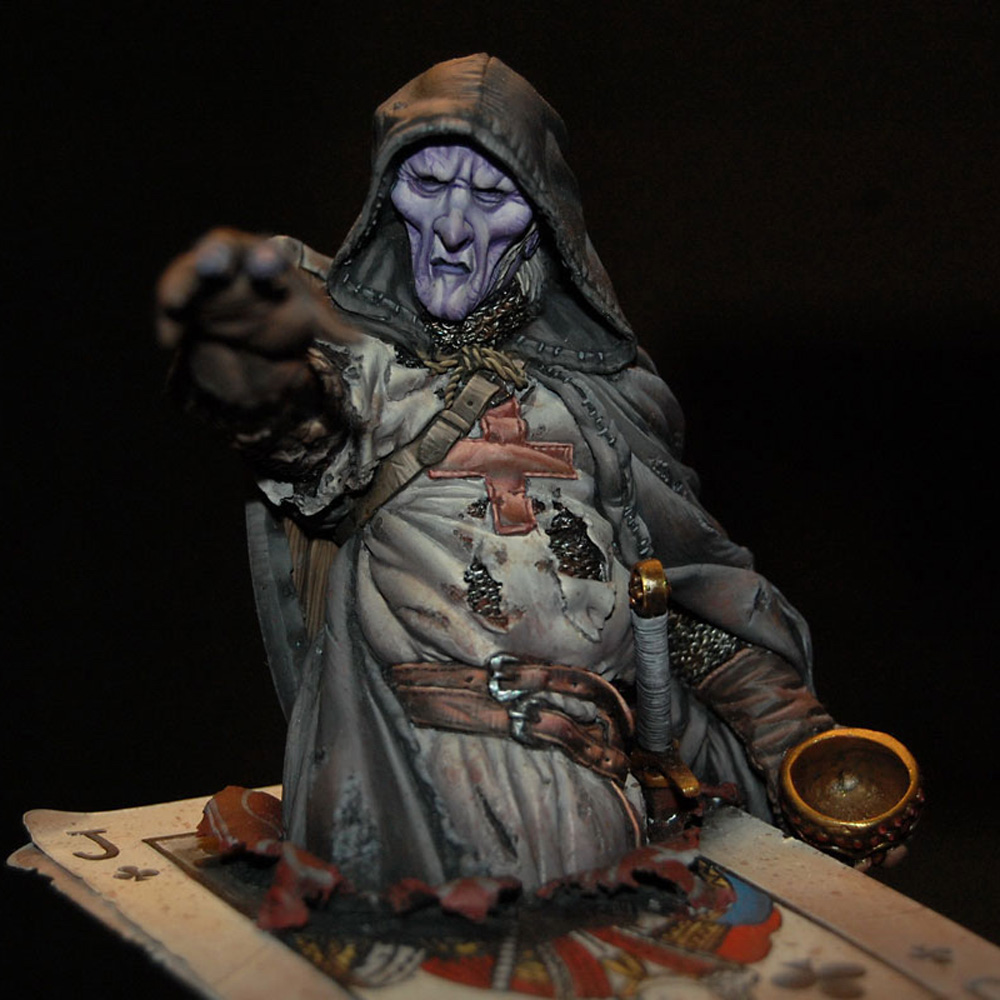 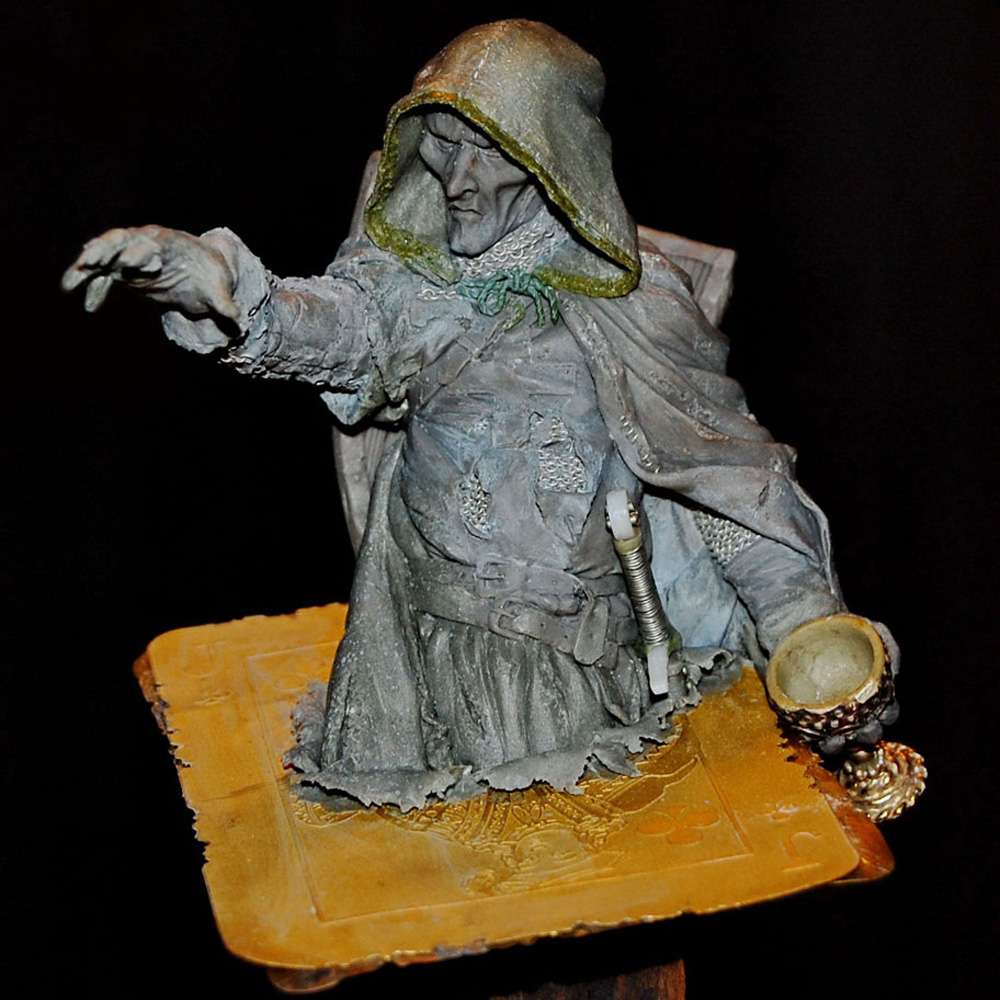 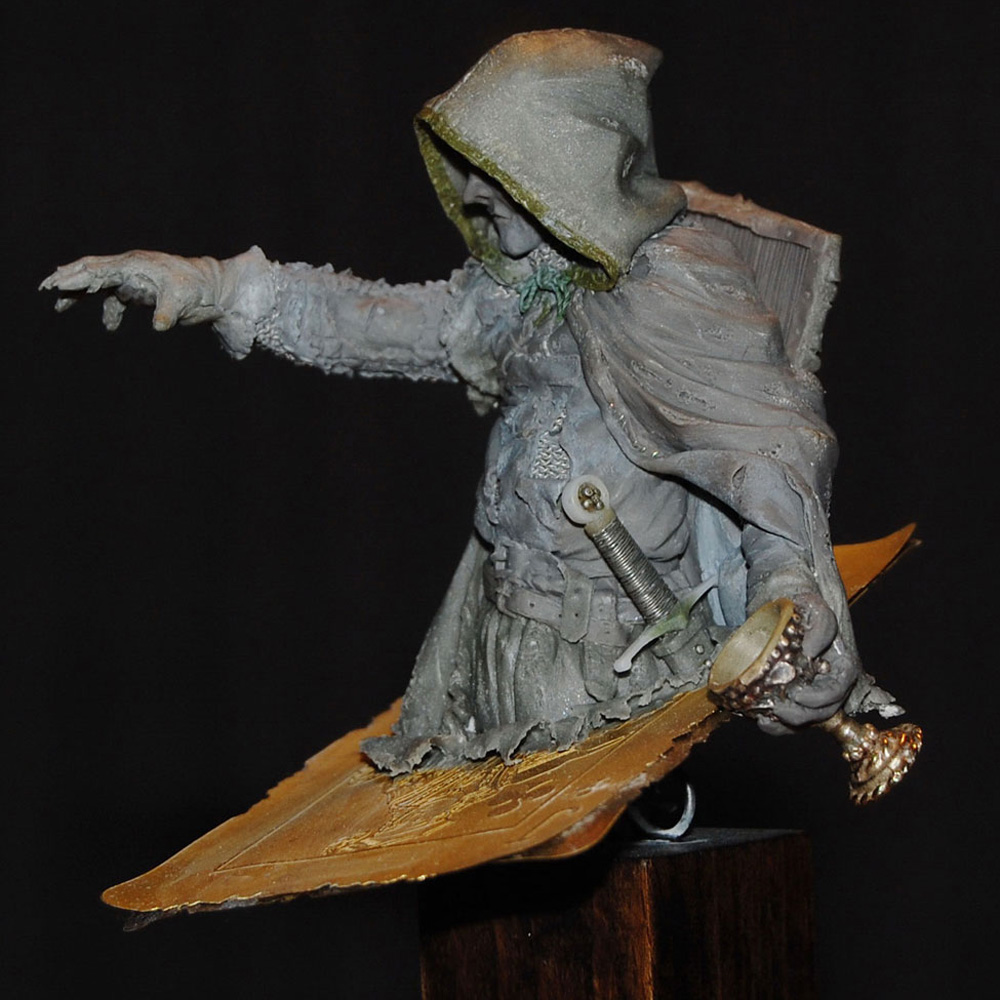 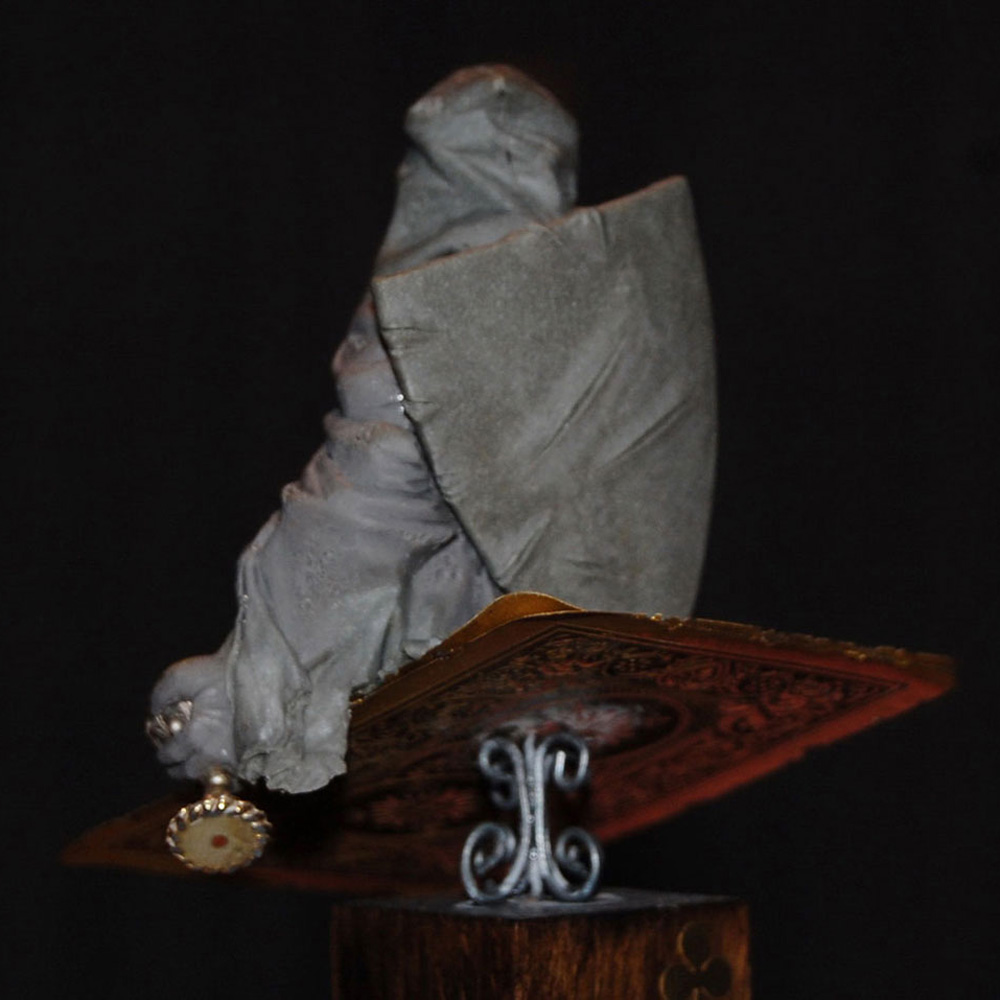 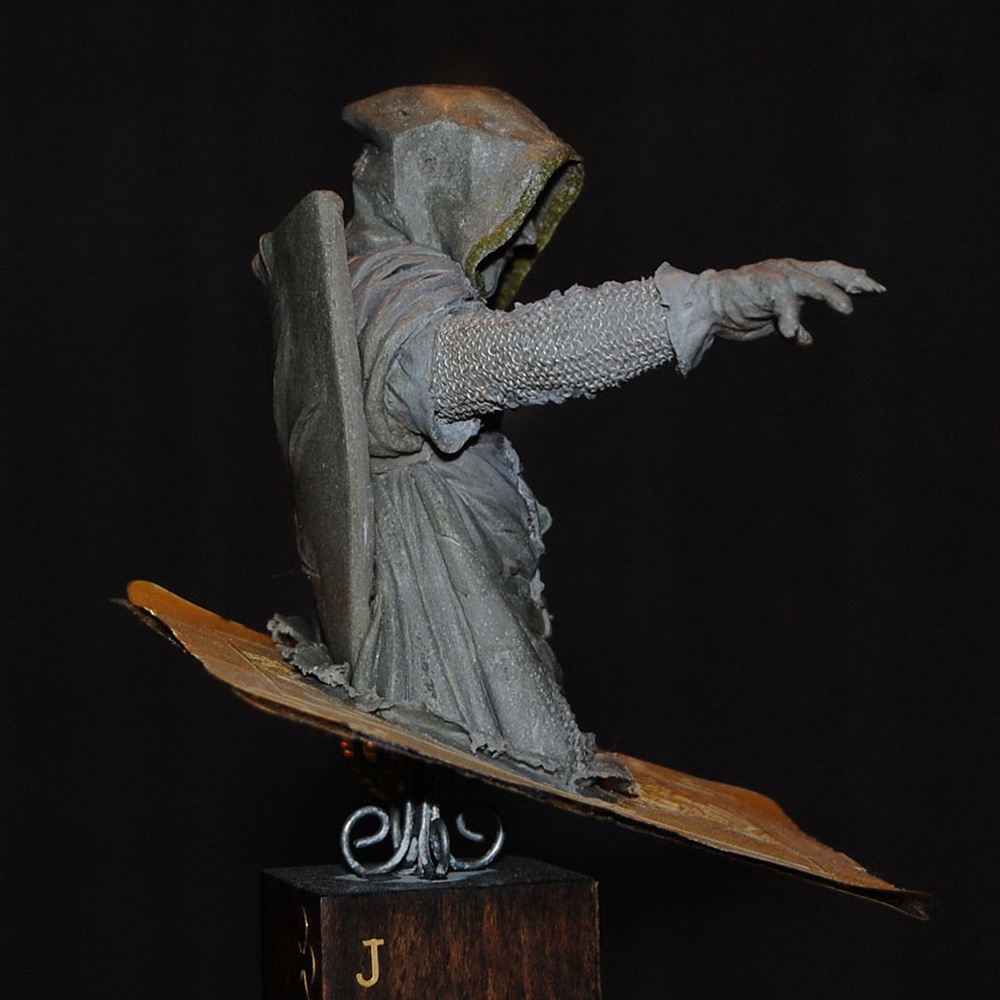 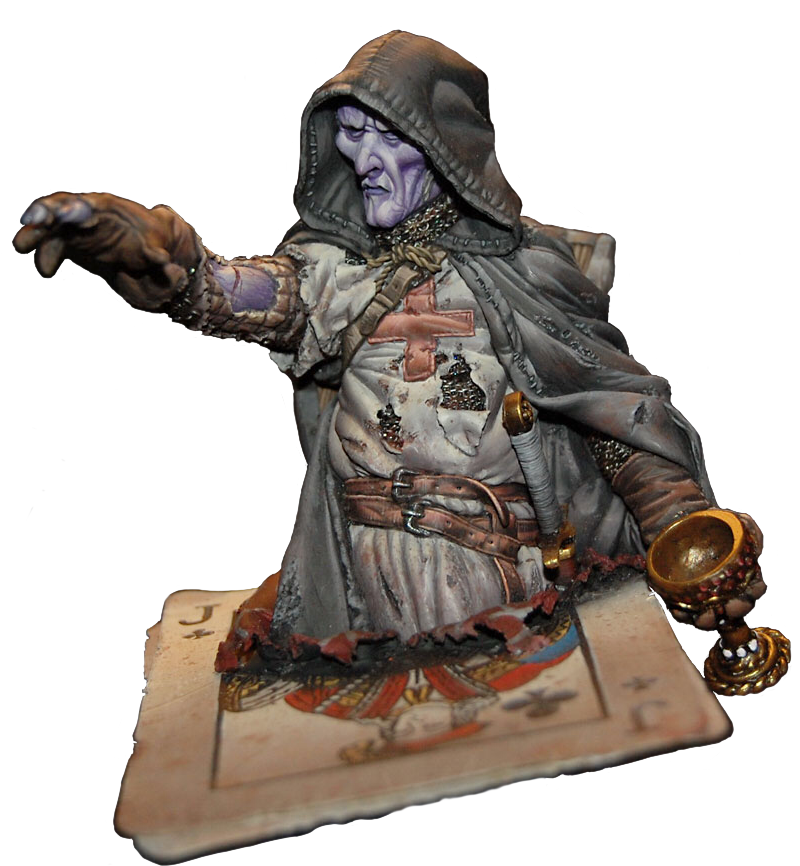 The second bust in a series inspired by characters from a traditional deck of playing cards - Four figures sitting on top of the King of Hearts, the Queen of Diamonds, the Jack of Clubs and the Ace of Spades. The jack, knight or warrior is governed by his principles and high ethical standards, but were the causes he fought for so vehemently always just? Haunted by his deeds this undead ghost-like crusader questions the morals and motives behind the so-called "holy" crusades.