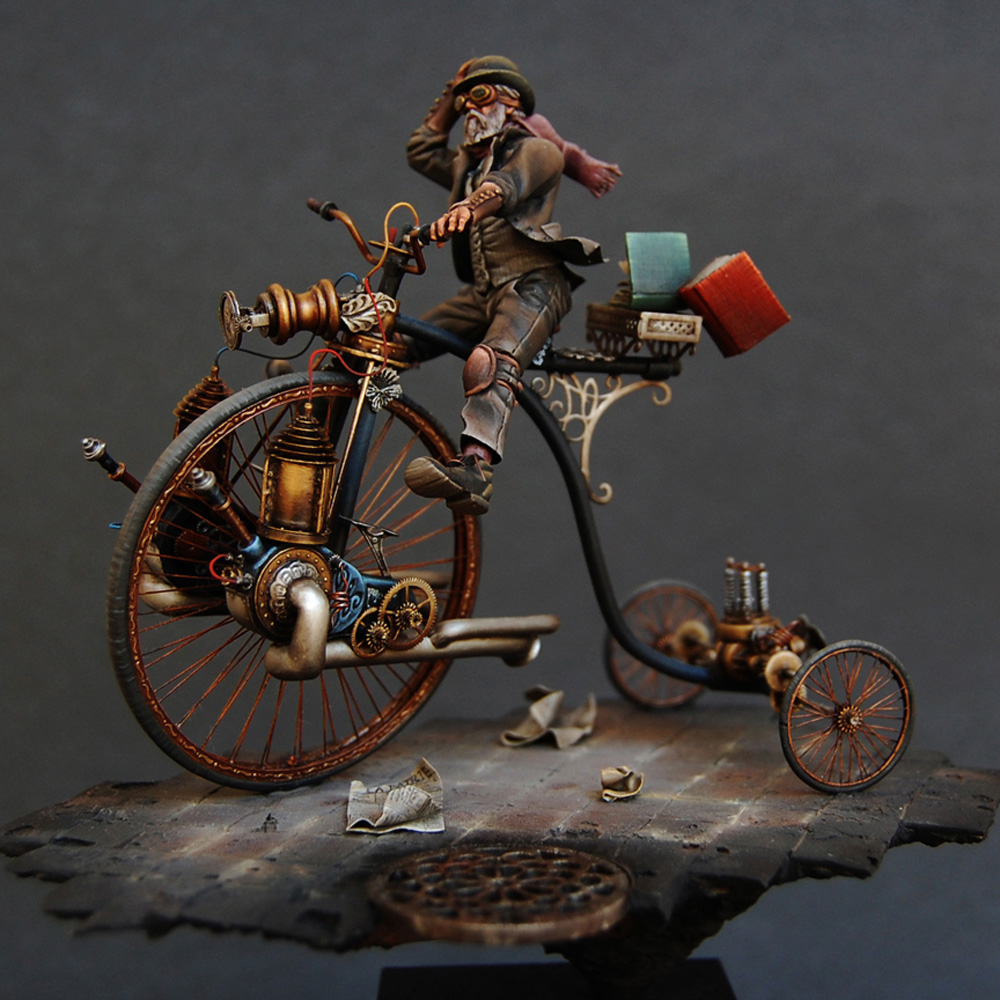 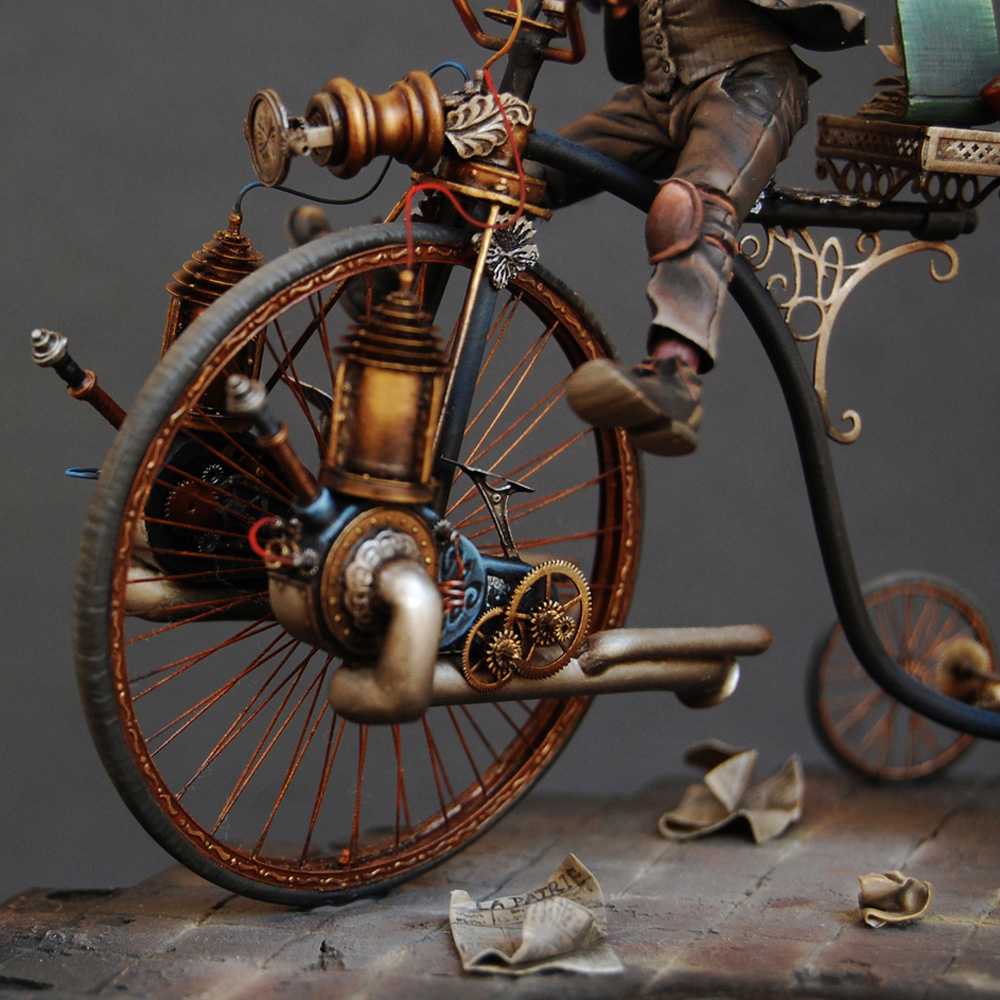 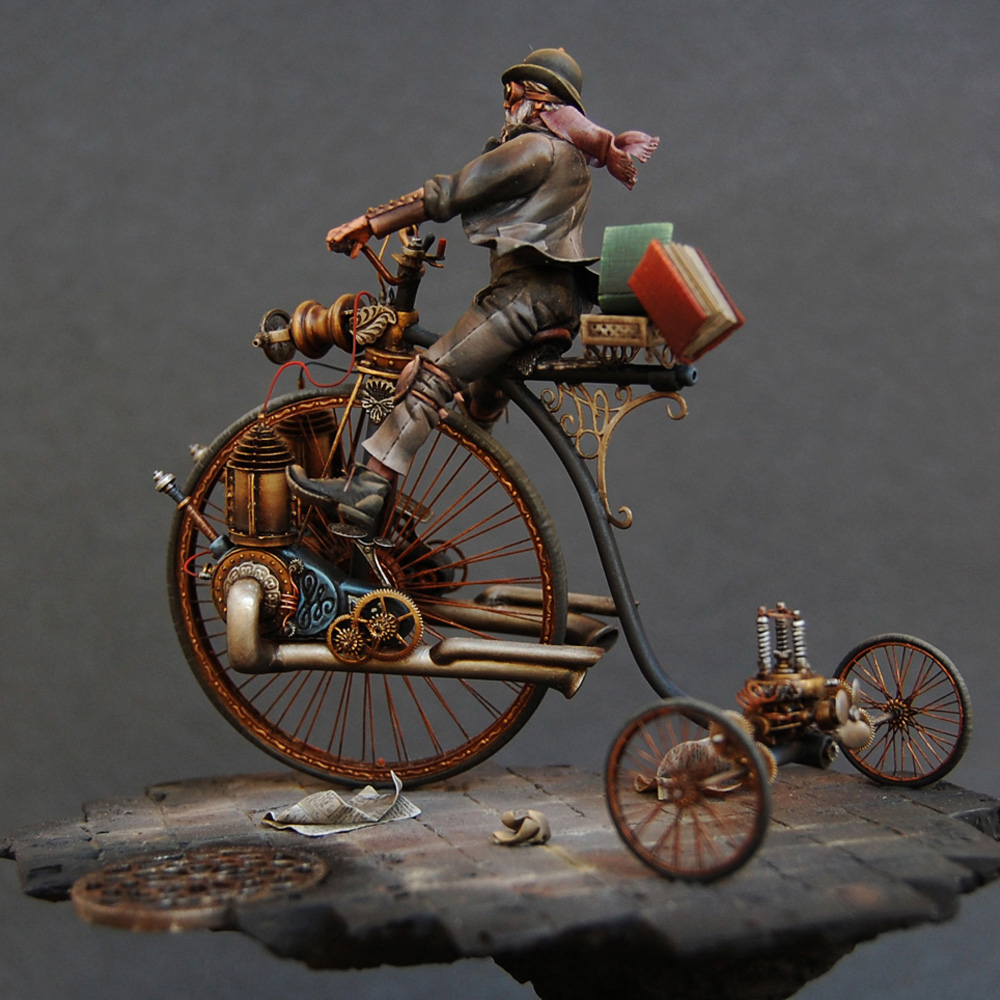 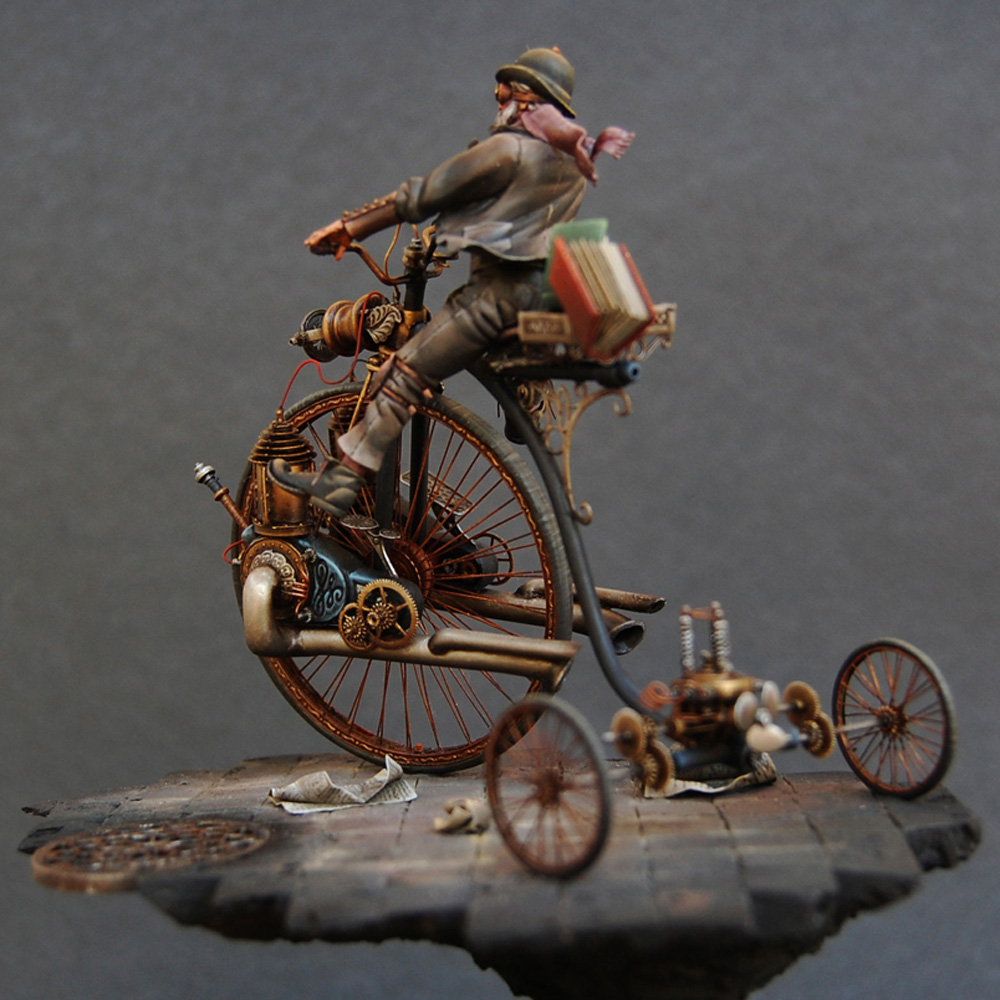 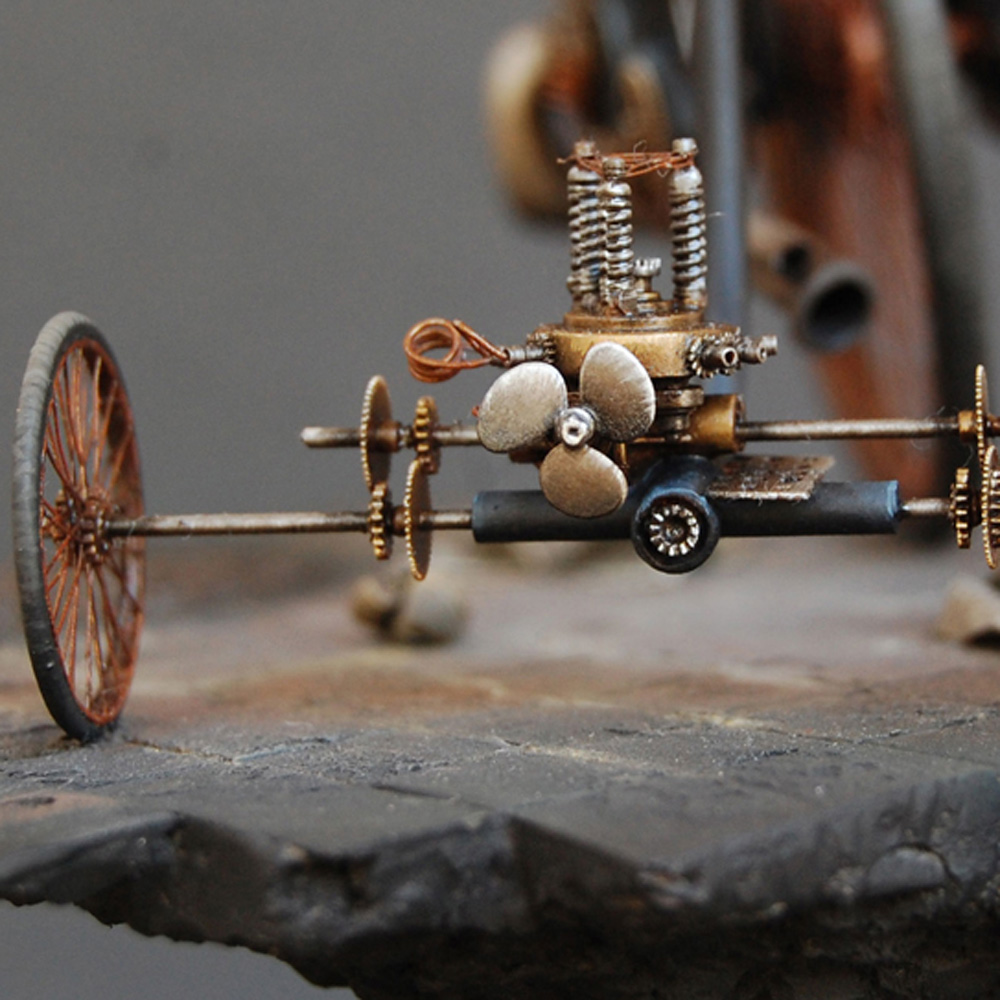 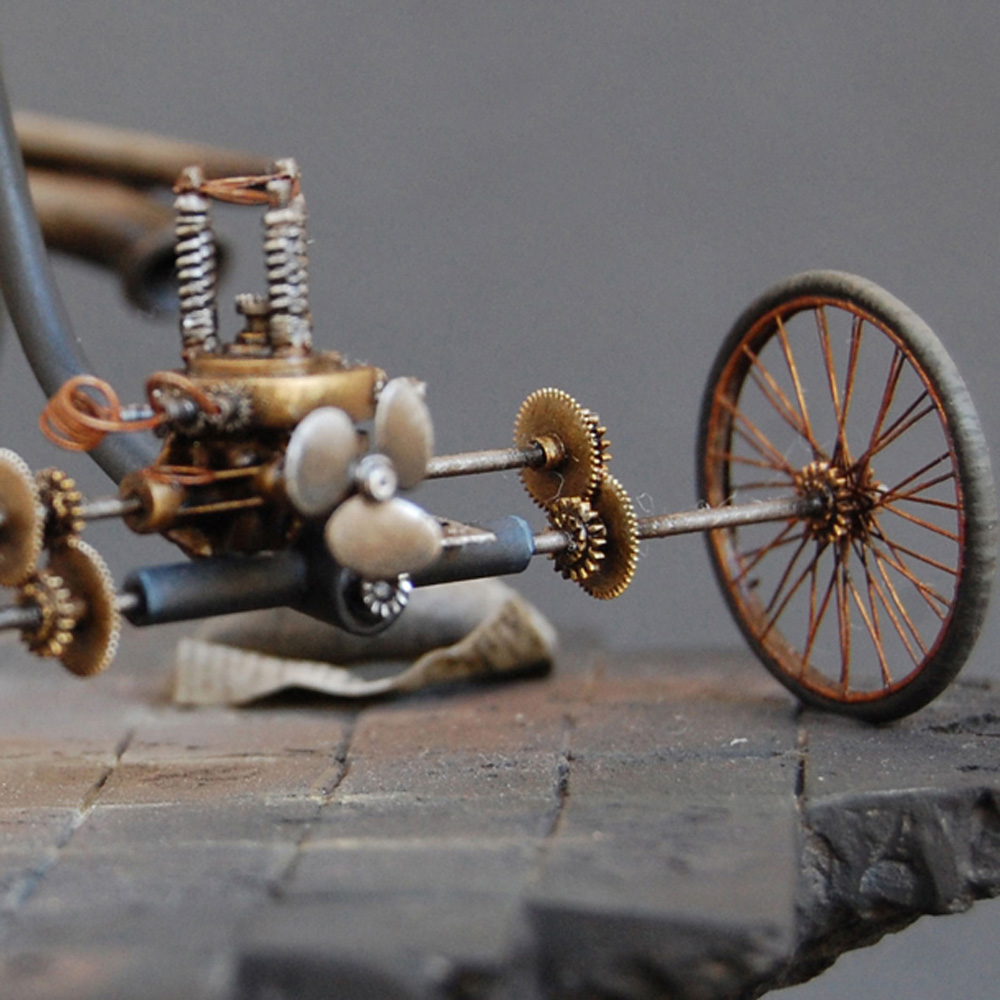 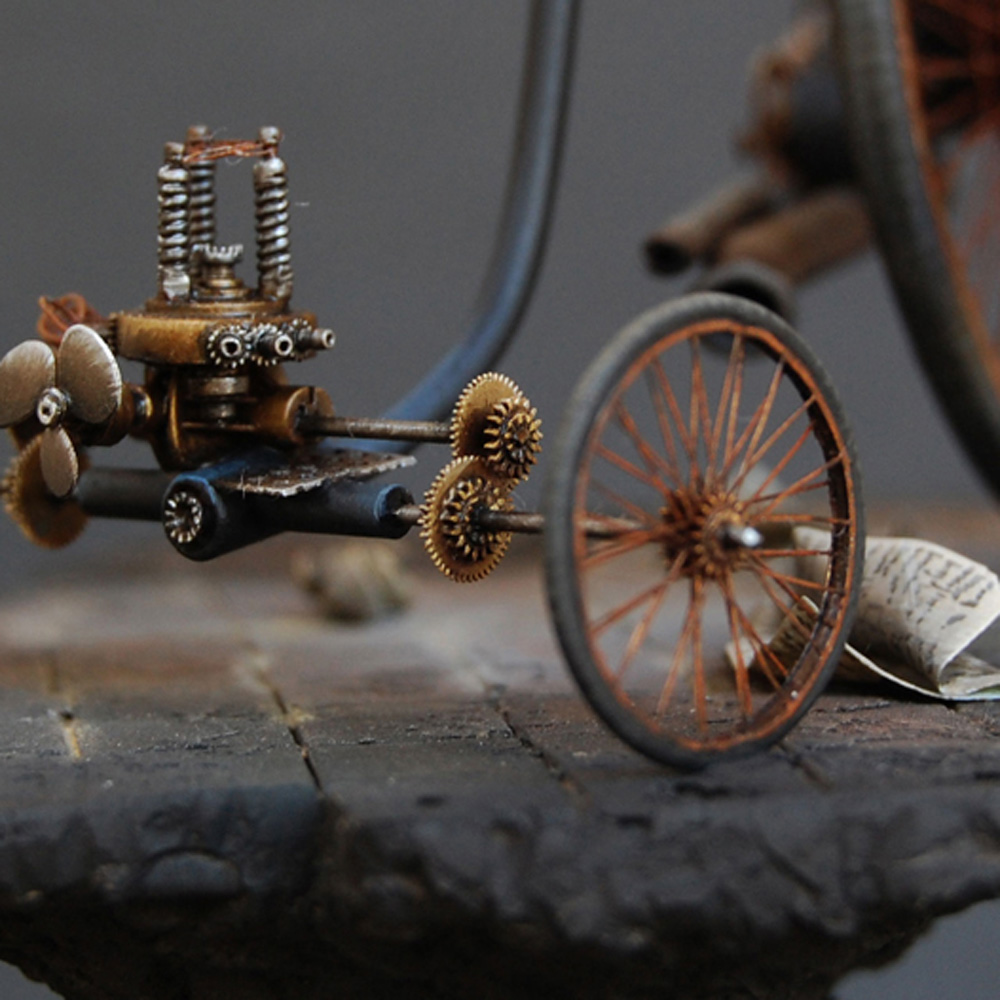 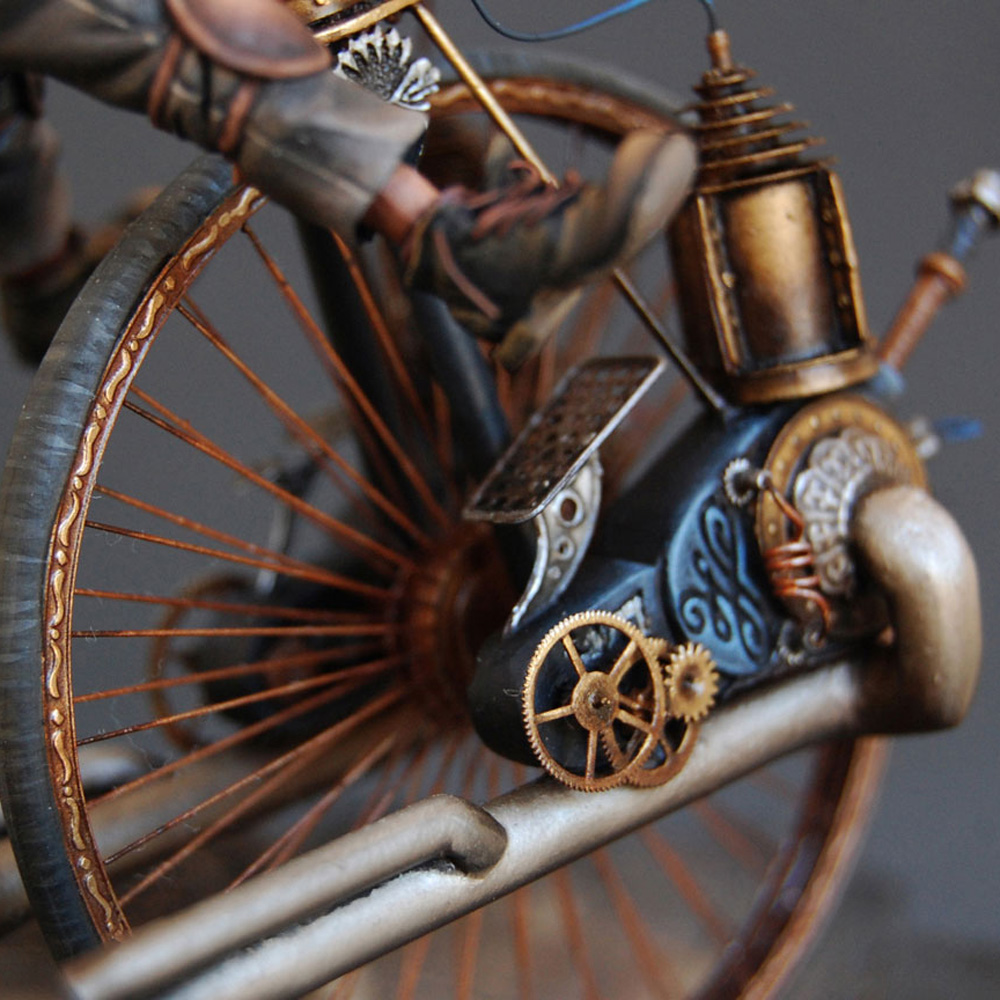 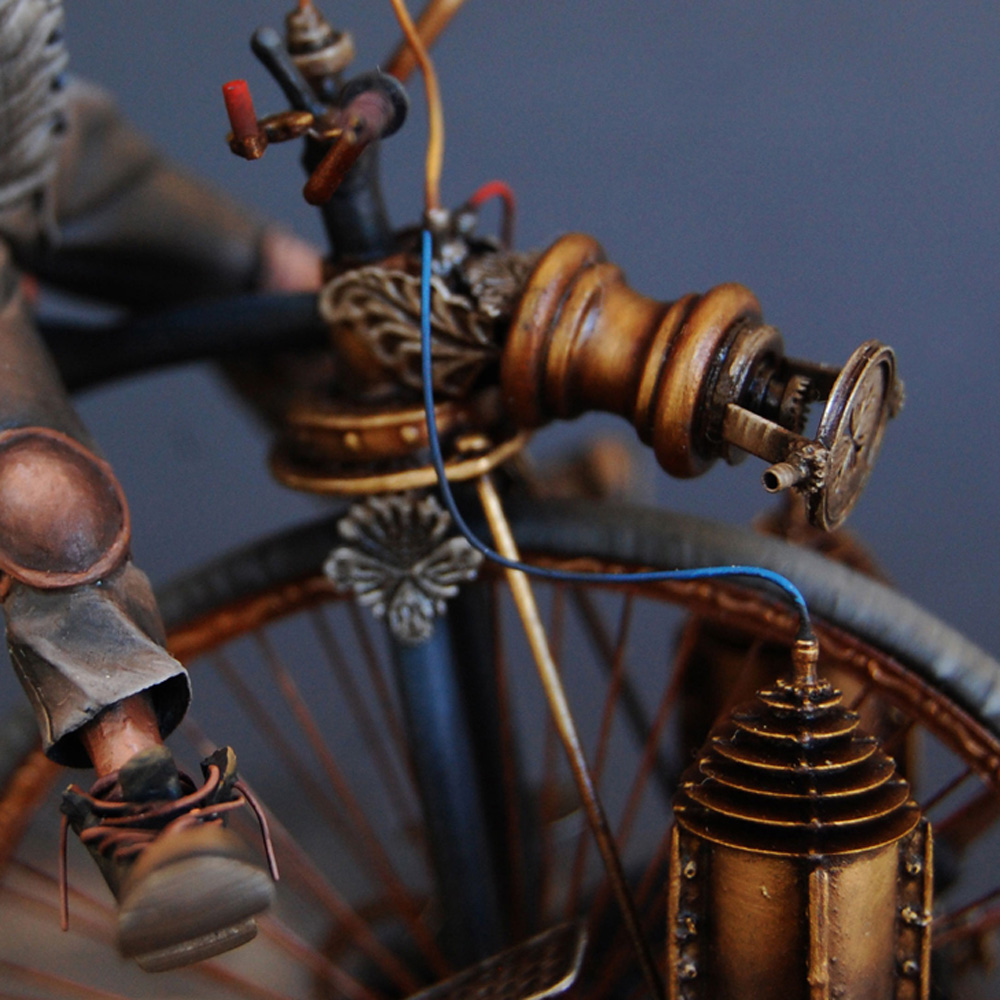 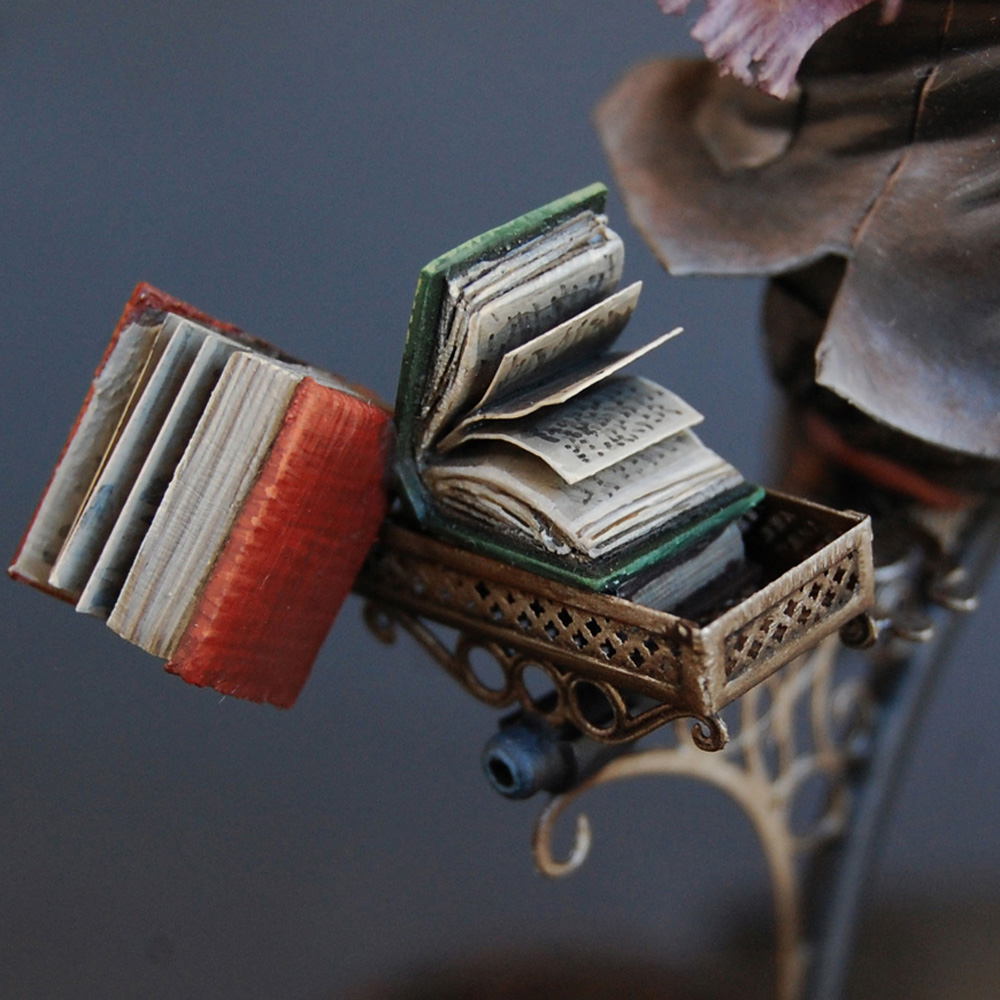 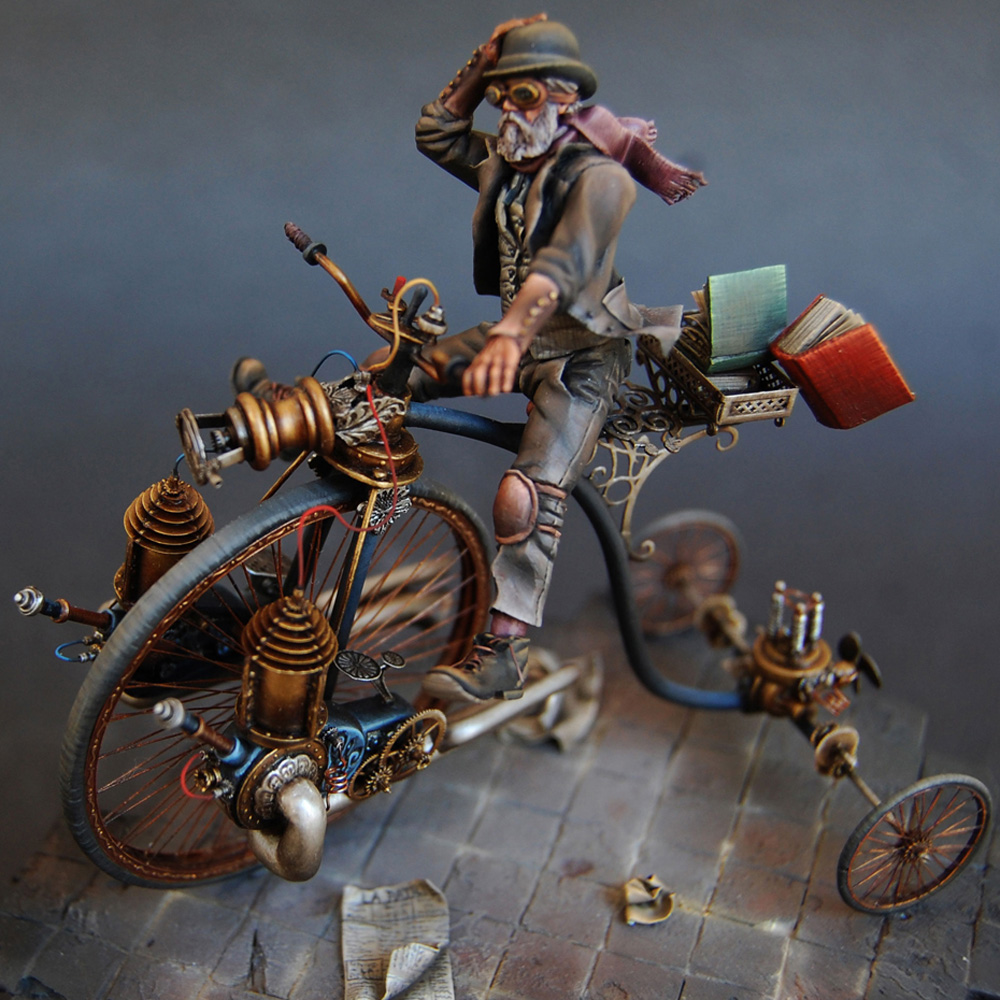 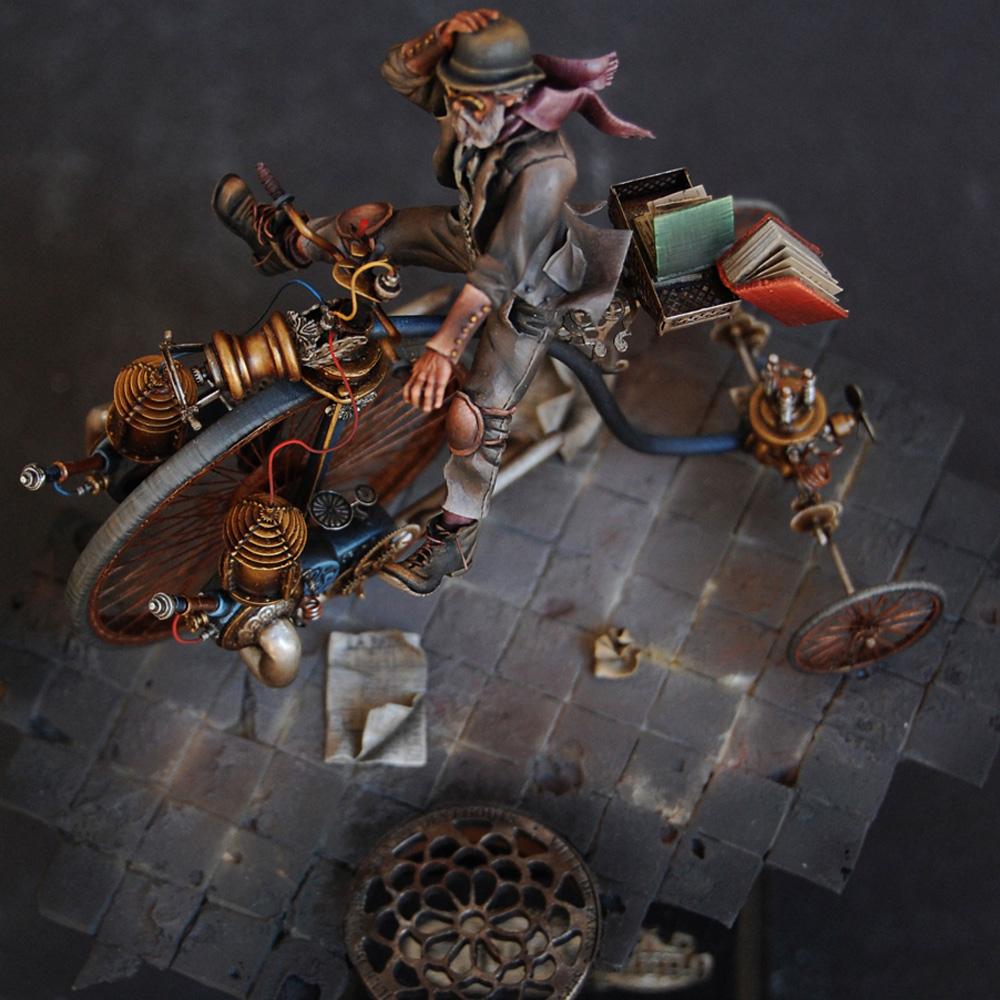 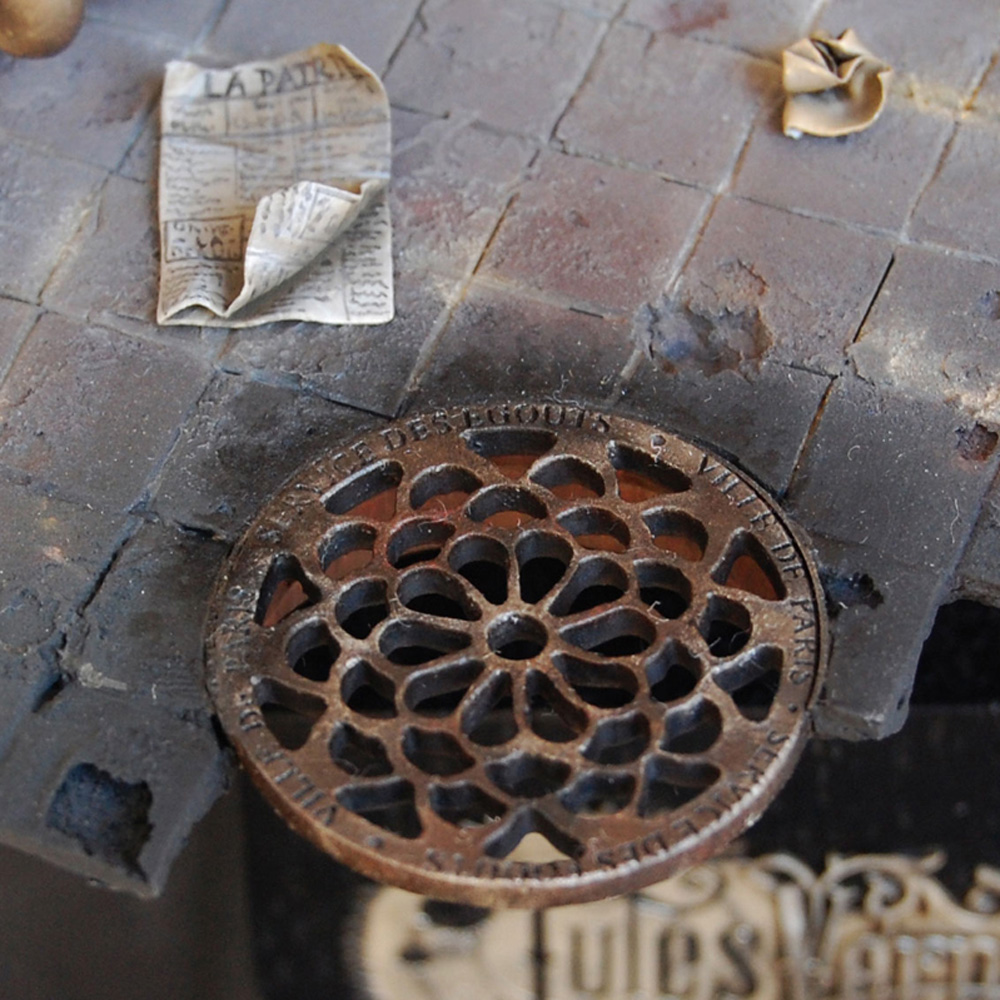 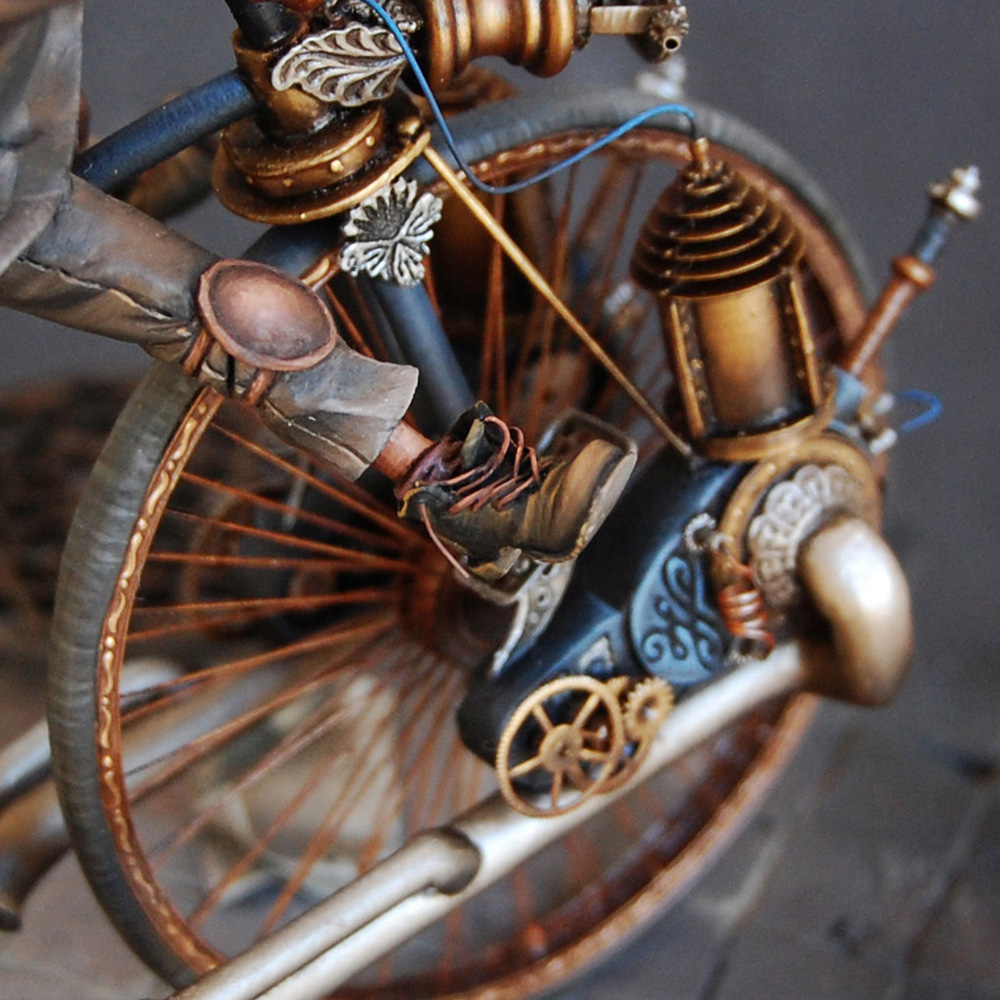 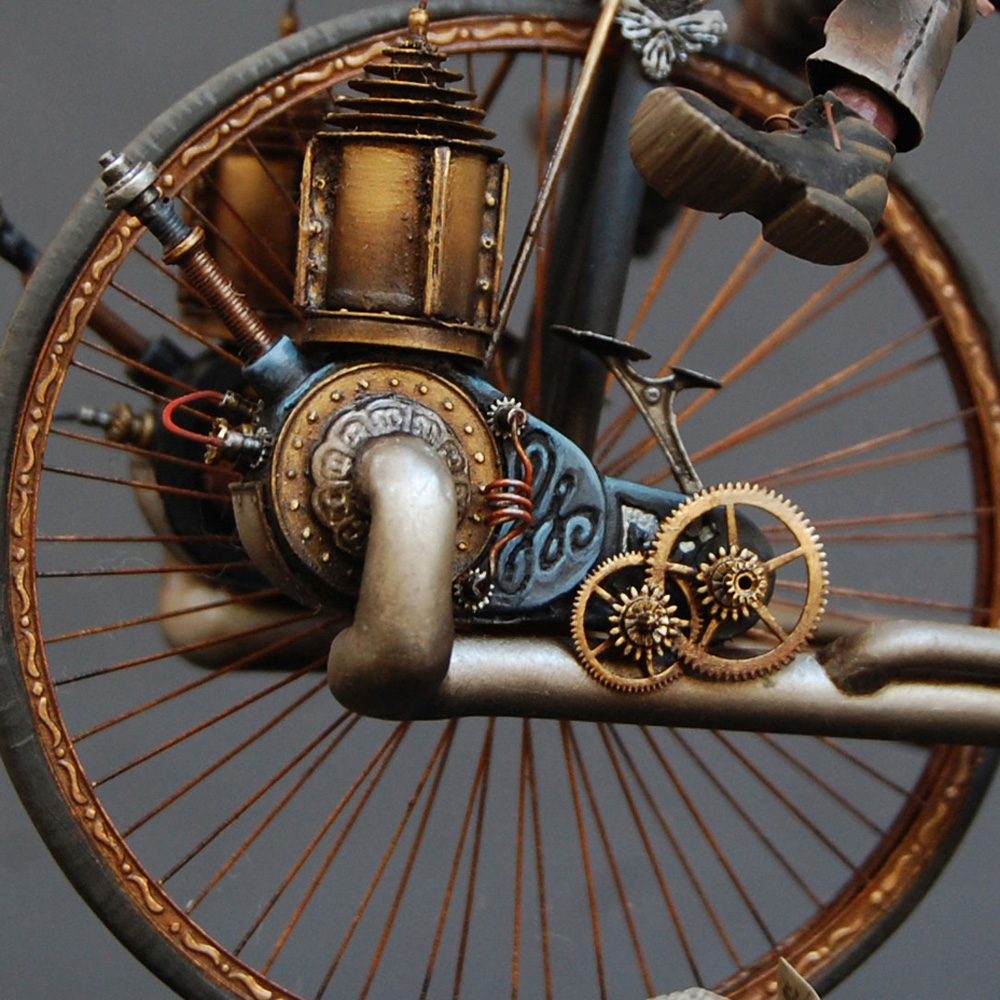 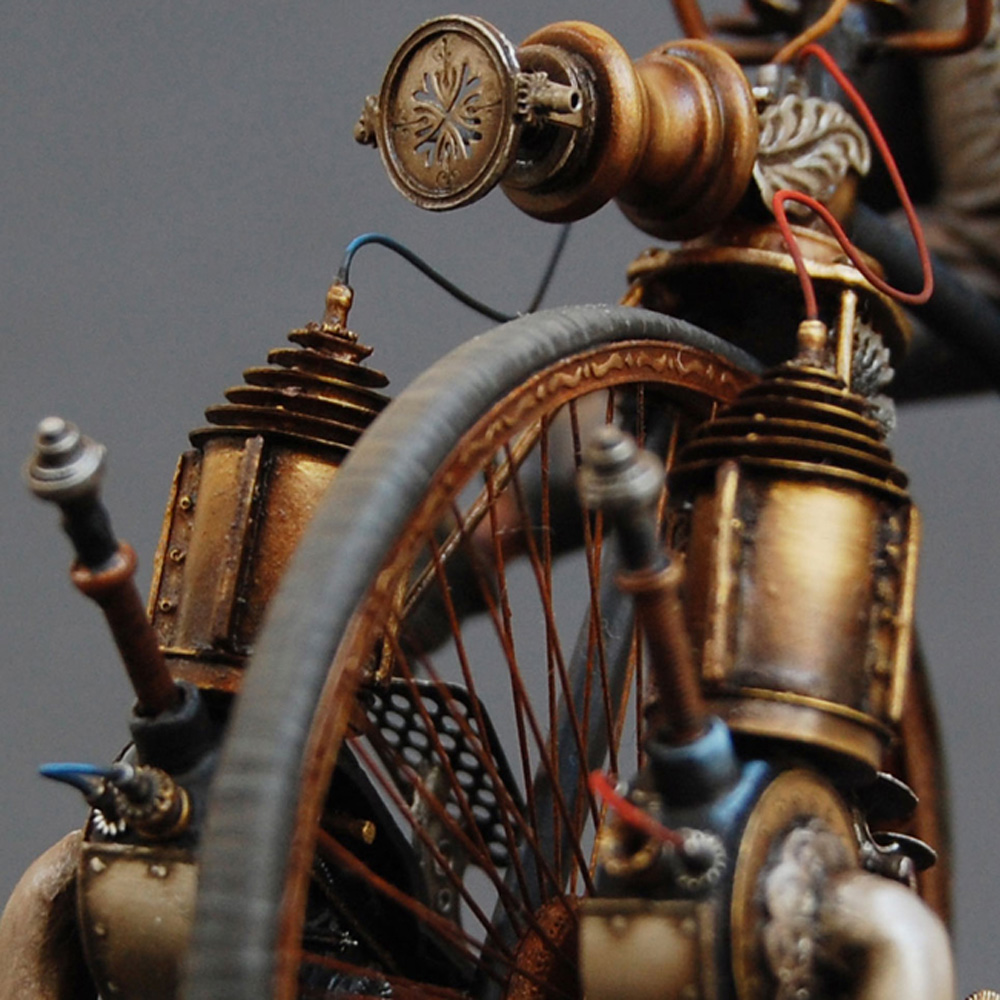 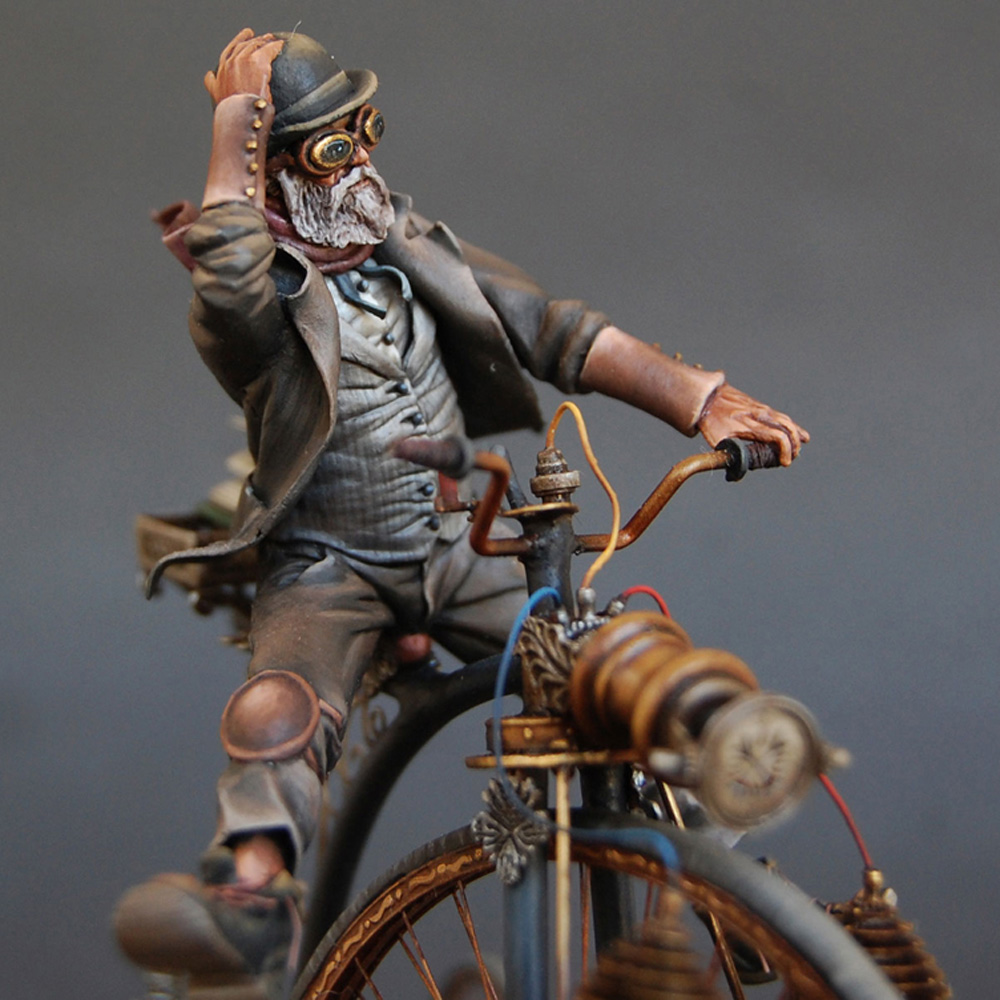 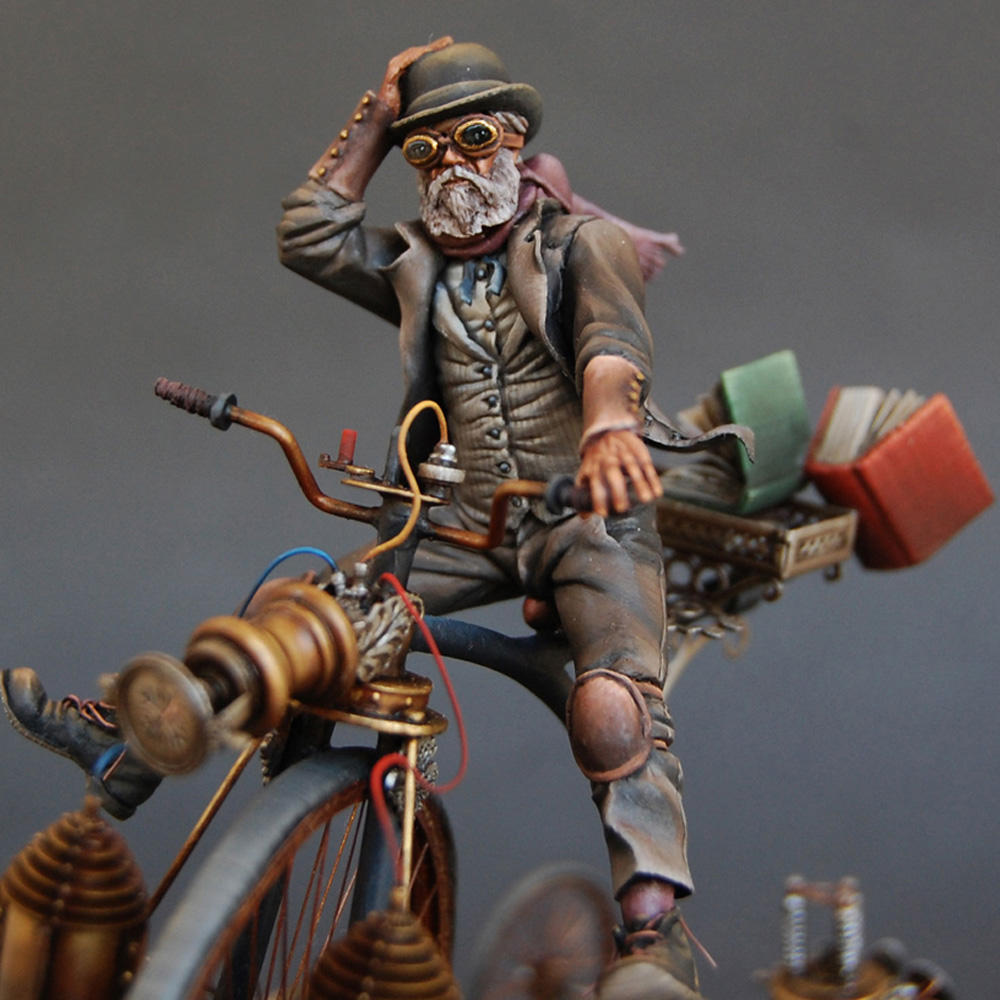 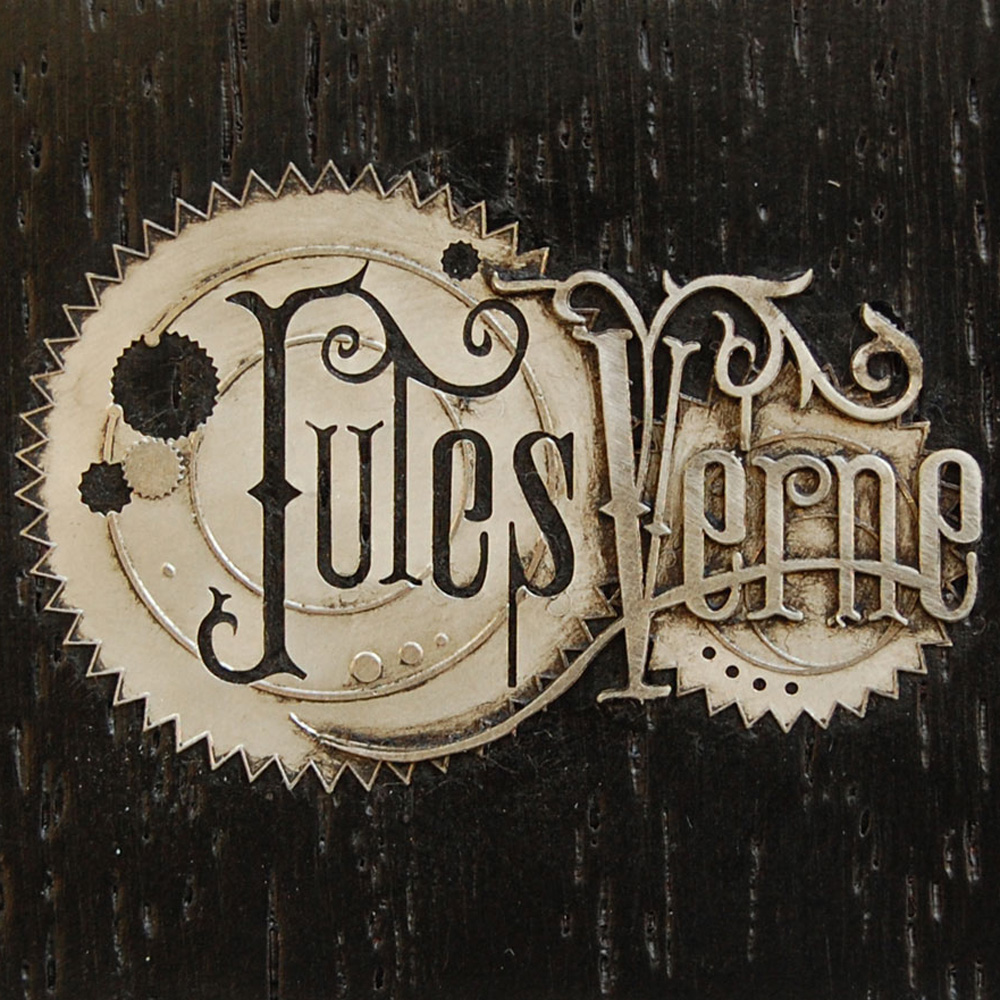 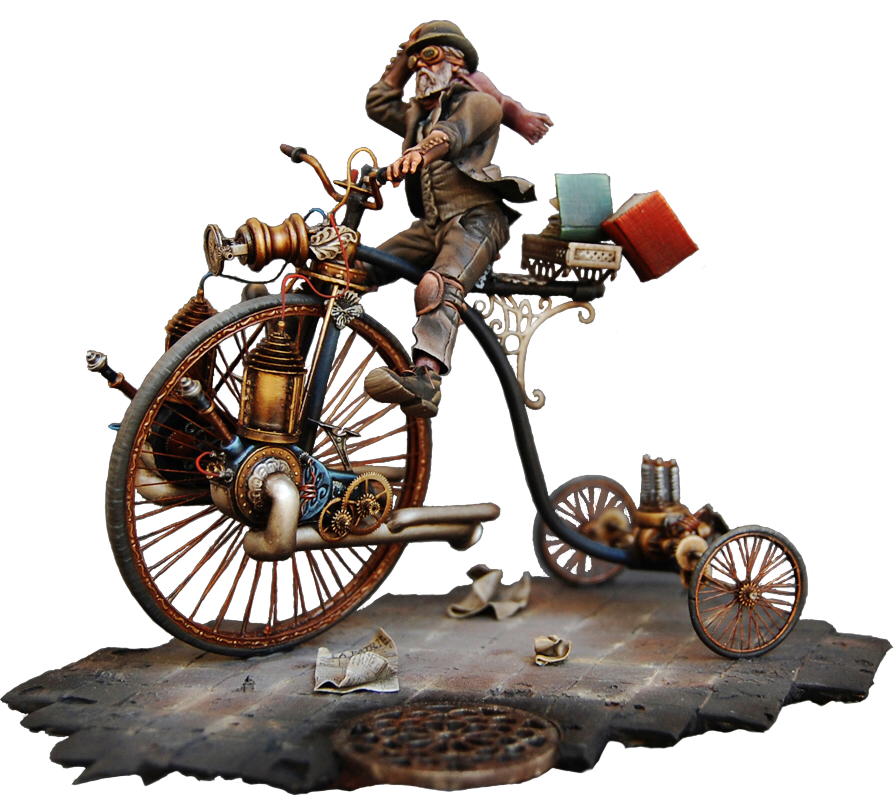 For me Jules Vern is the ORIGINAL FANTASY ARTIST! His imagination was so far ahead of his time that his ideas, insights and thoughts were seen as fiction during his time - but today they are the reality we live in!

I imagine him as a mechanic /scientist / author - GENIUS… If he had a bicycle it would be mechanical contraption, which he would use to dash at high speed through the streets of Paris with his notes. (The sewer lid and the newspaper are exactly as they were in 1880’s Paris). The name plate (the font) is based at a vintage post stump published right after Vern’s death 1905.