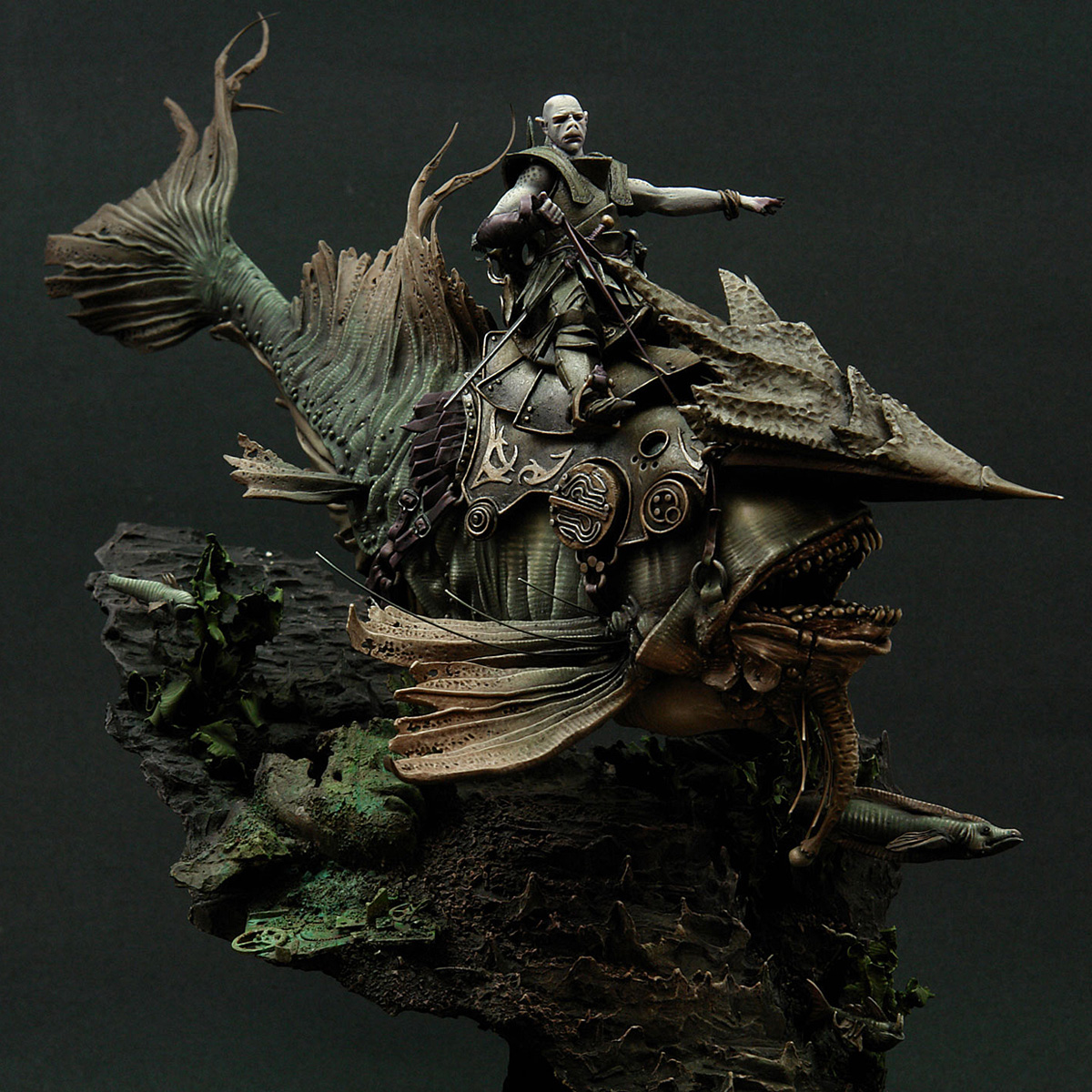 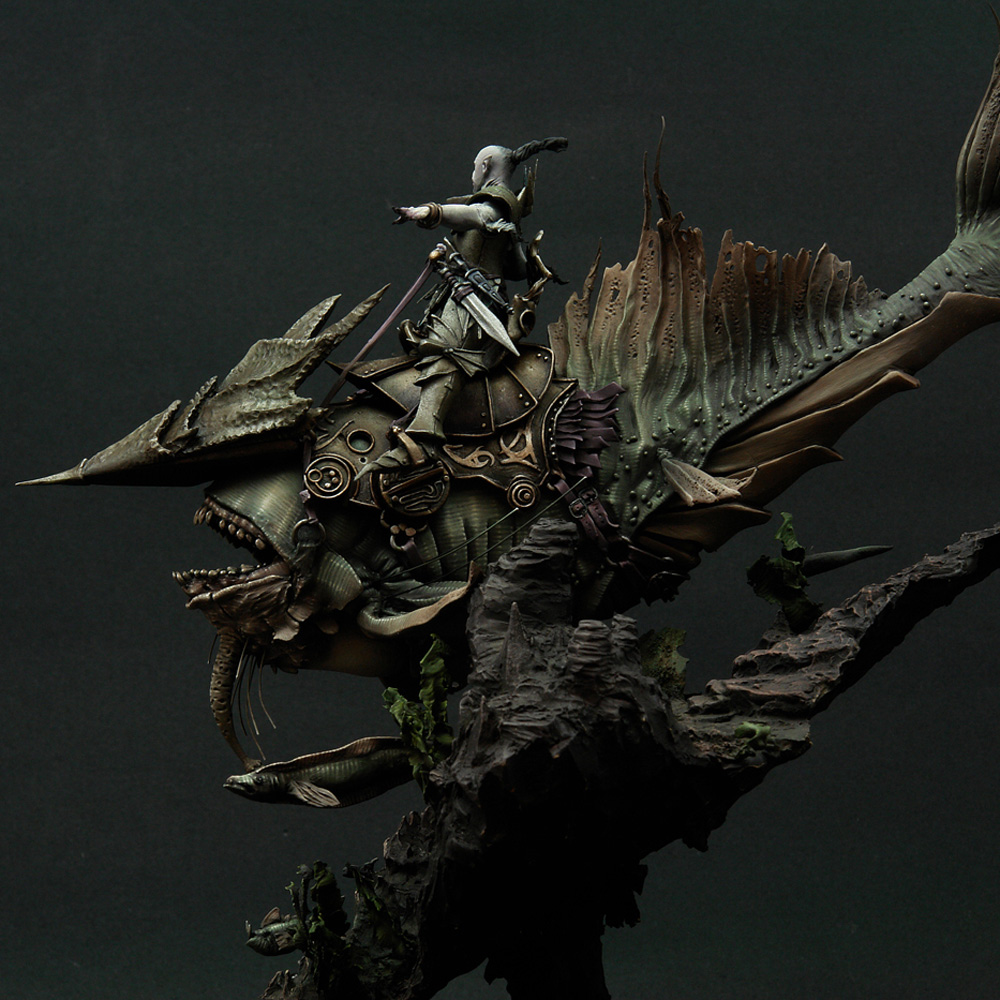 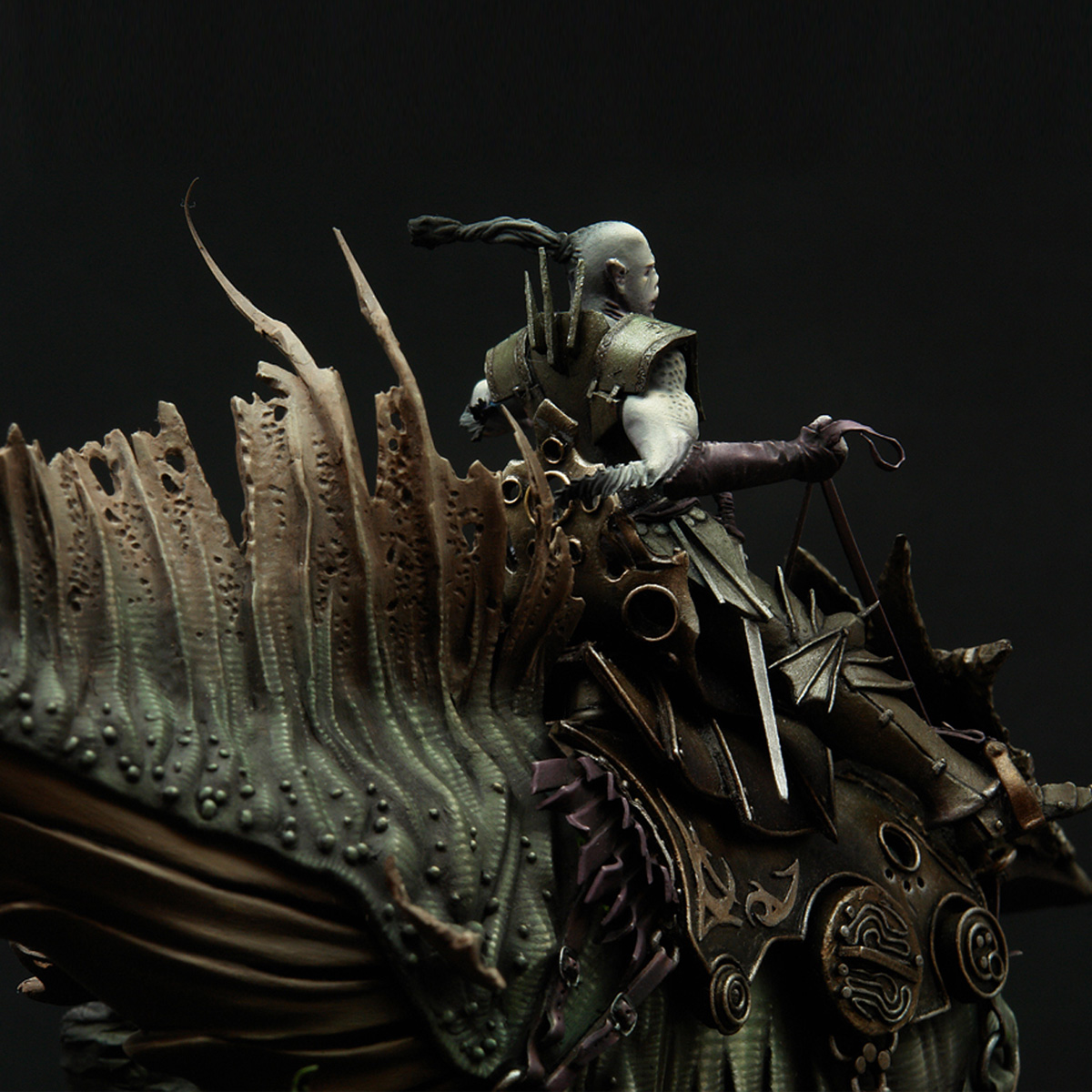 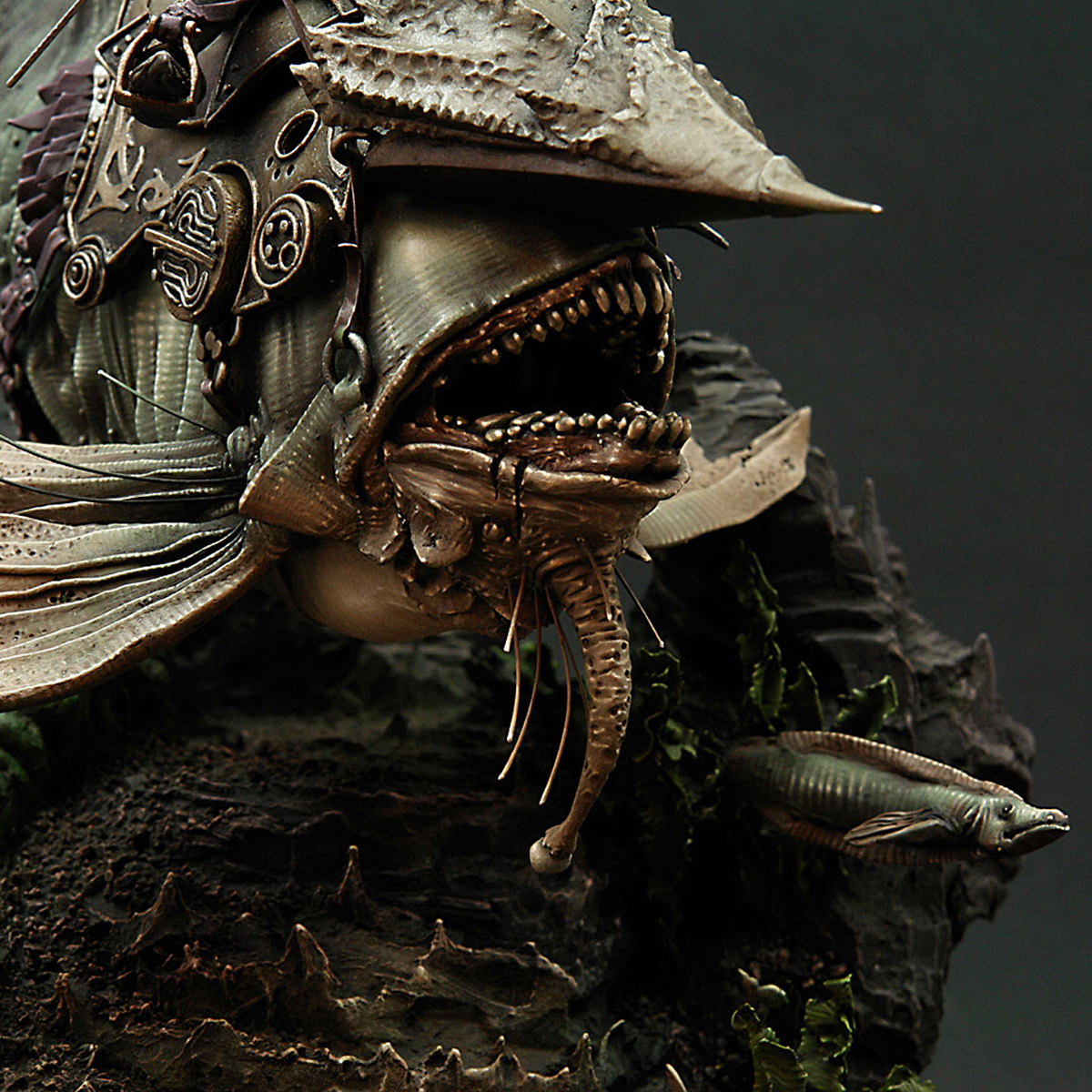 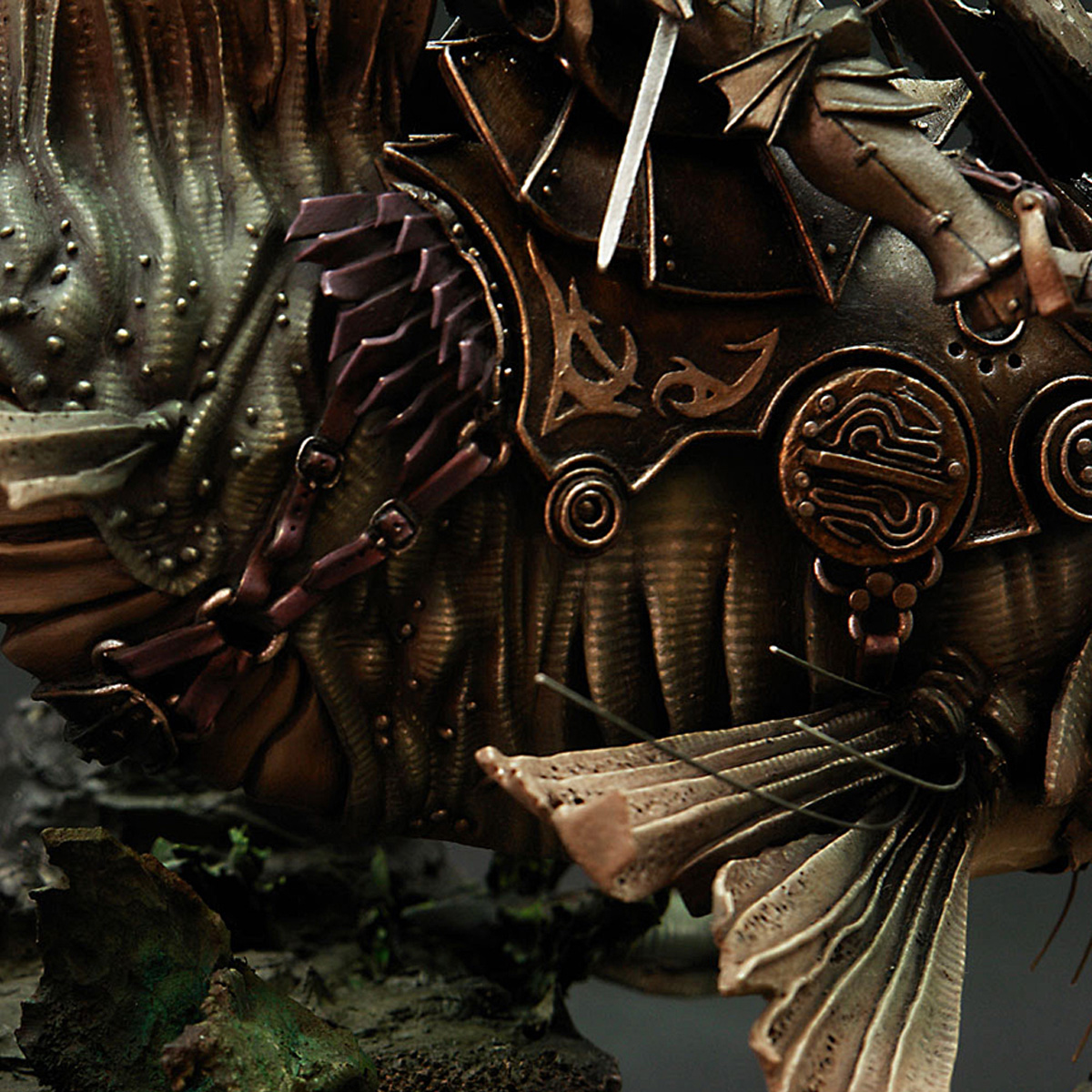 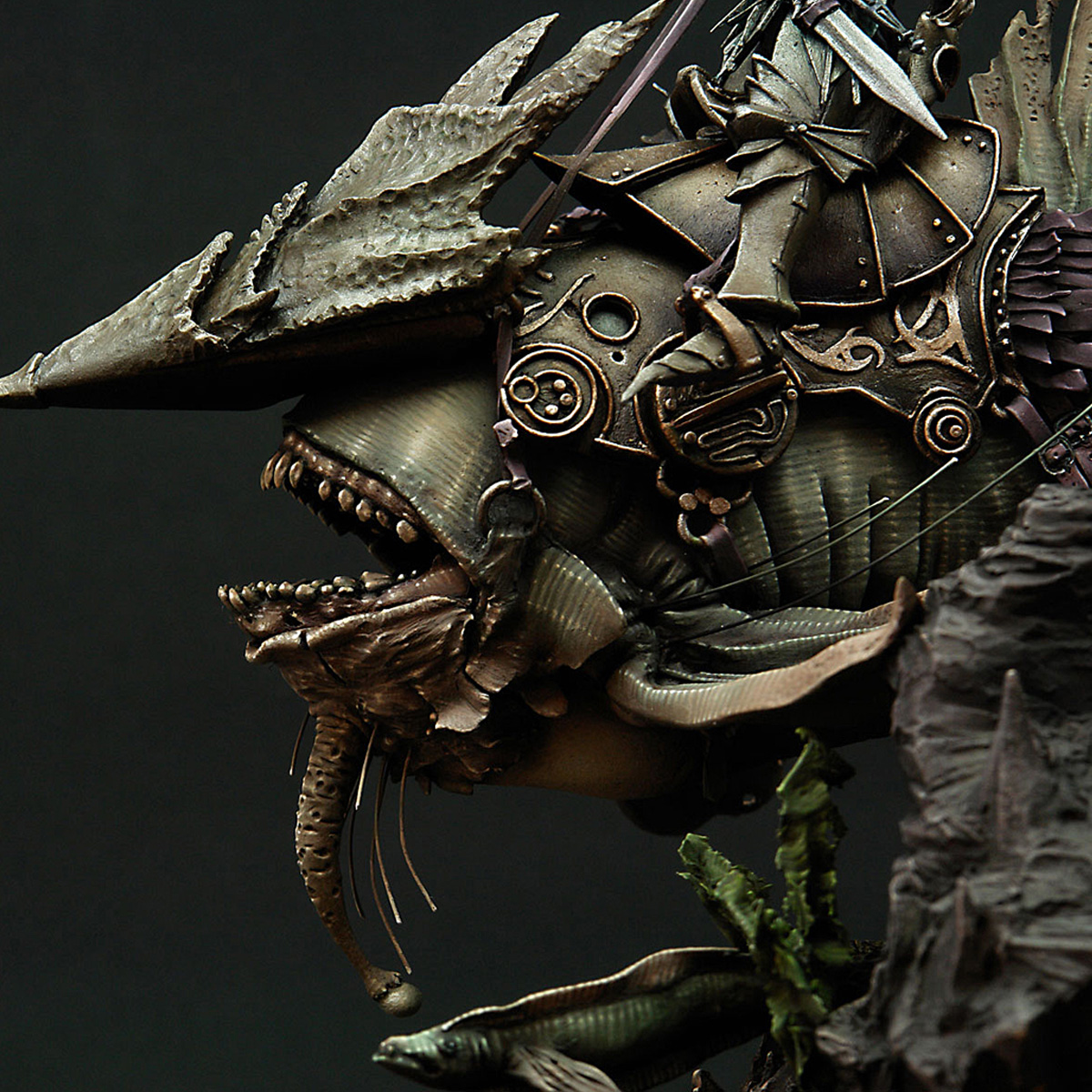 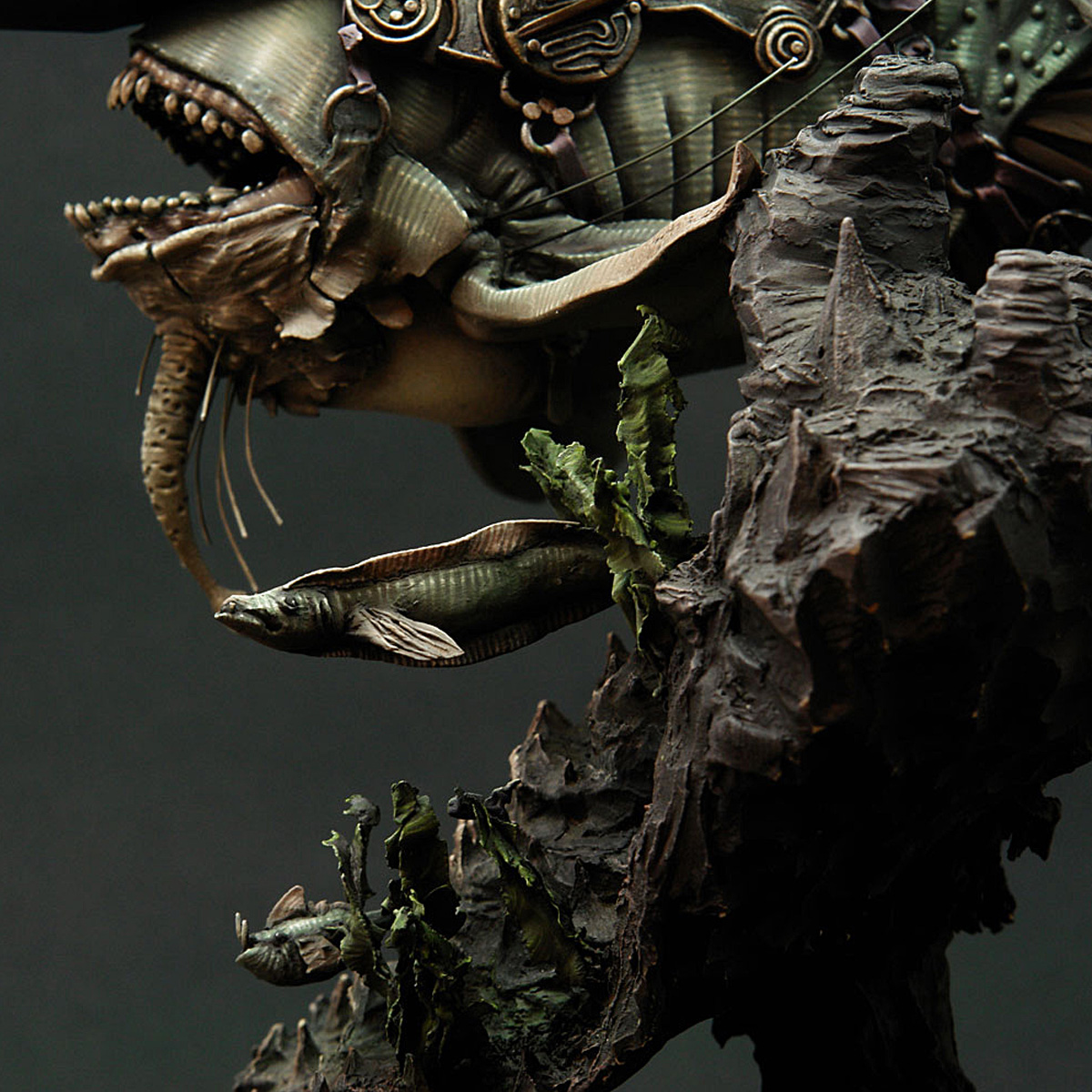 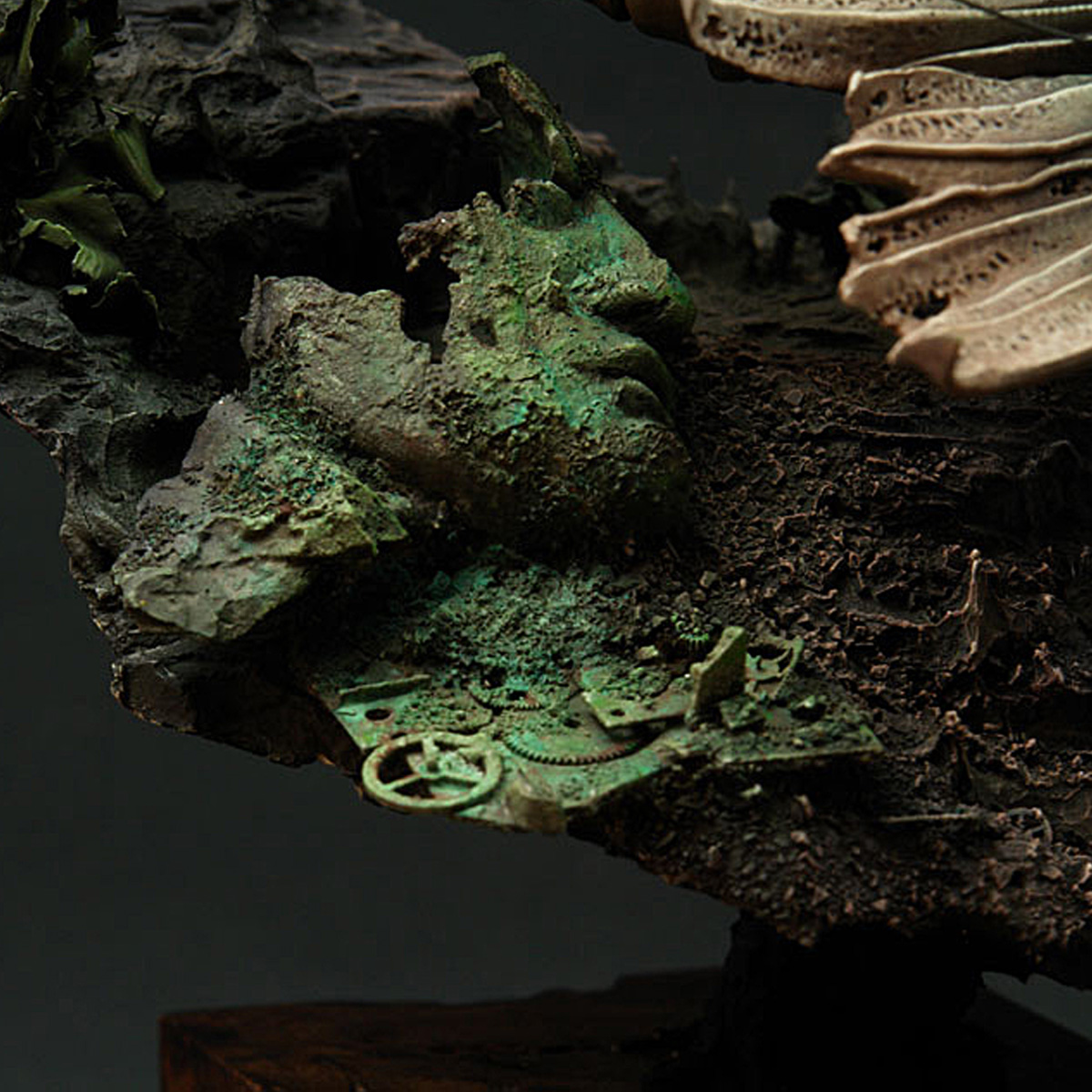 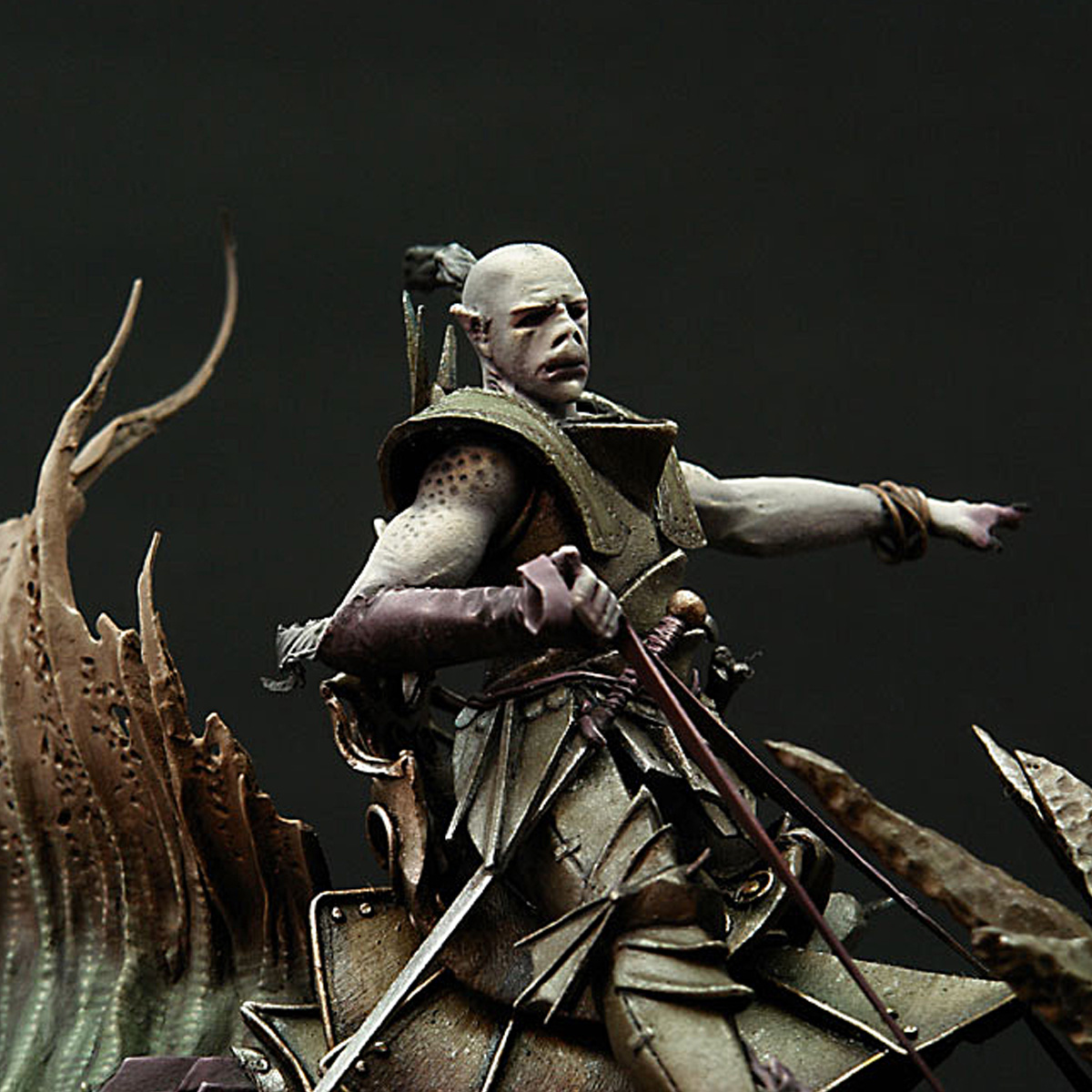 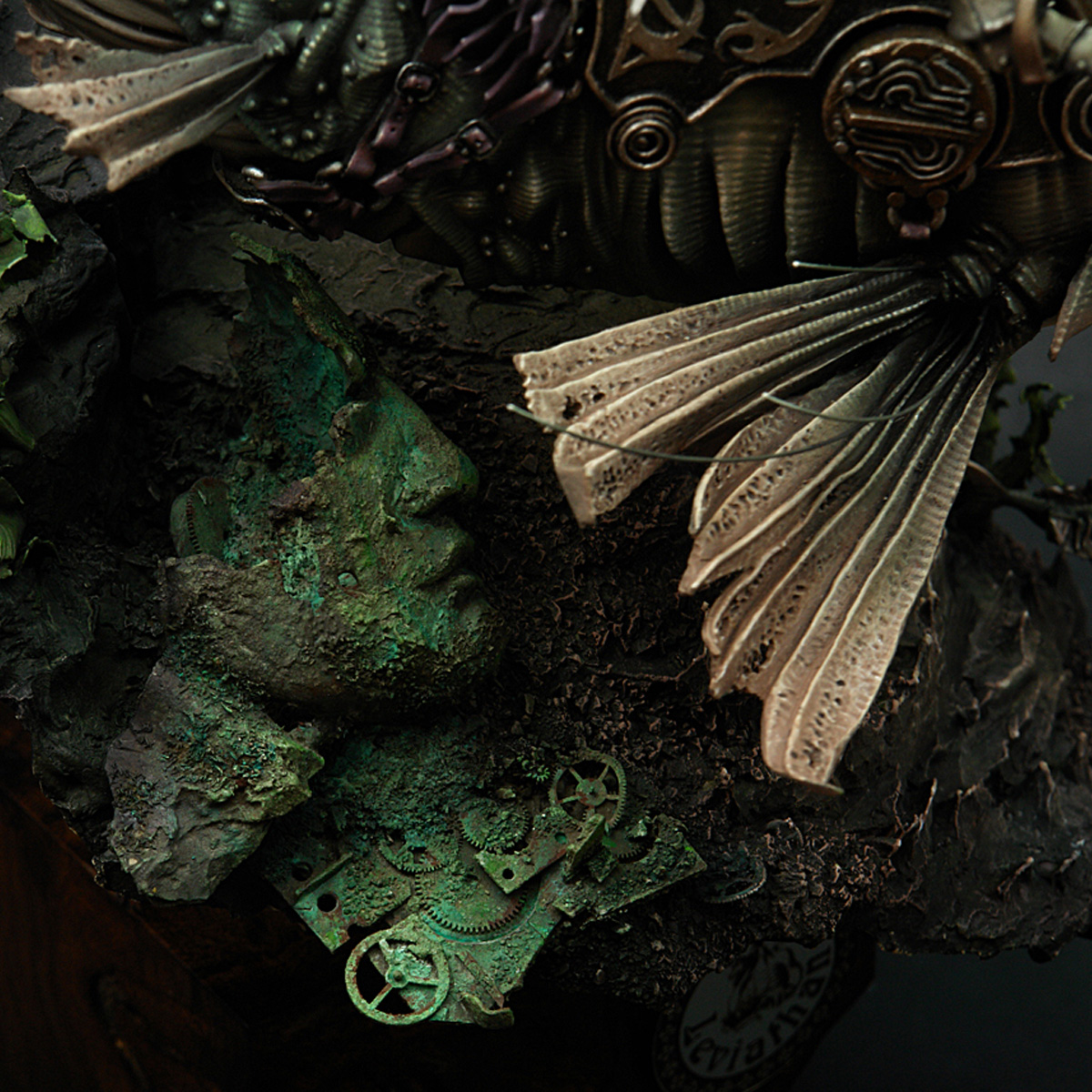 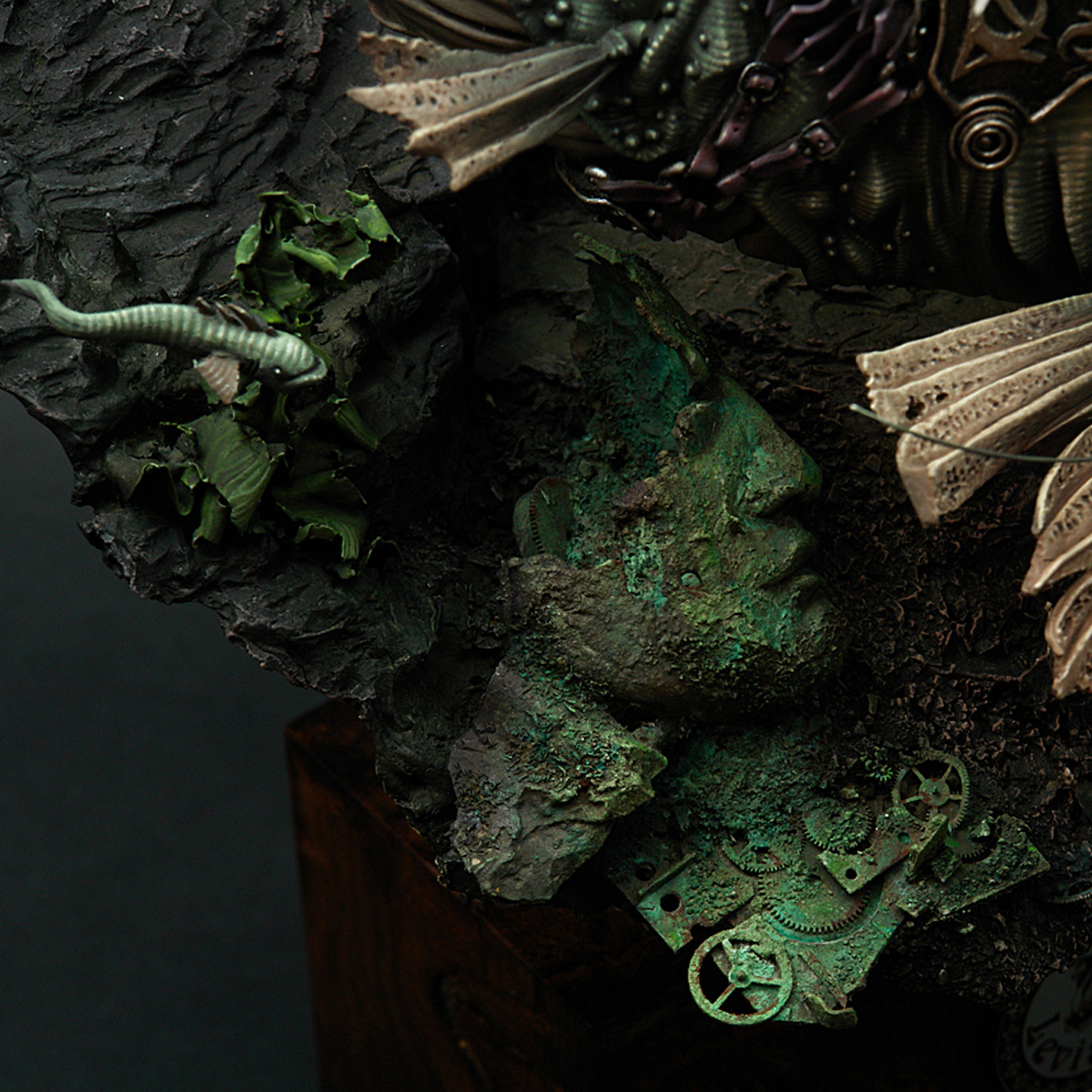 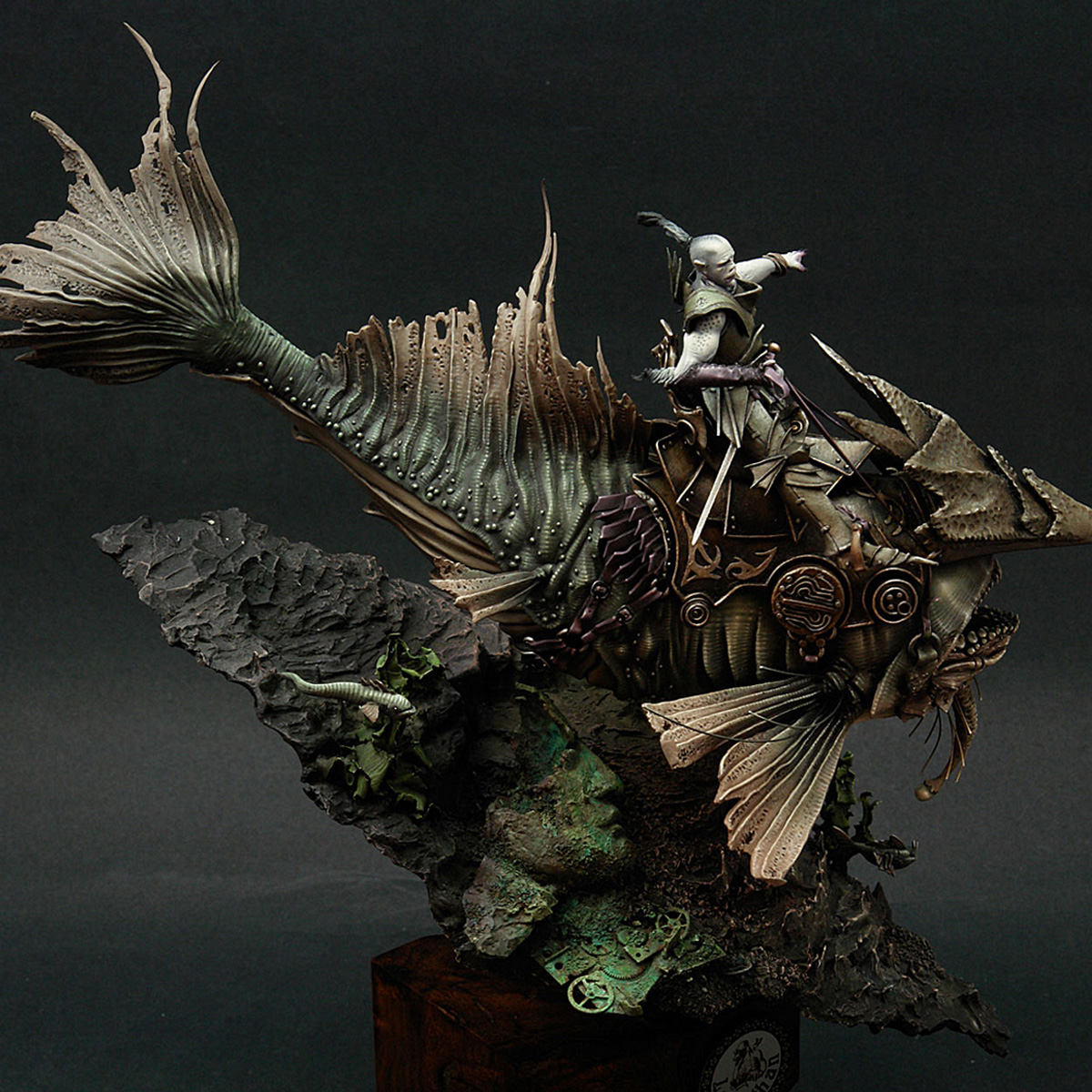 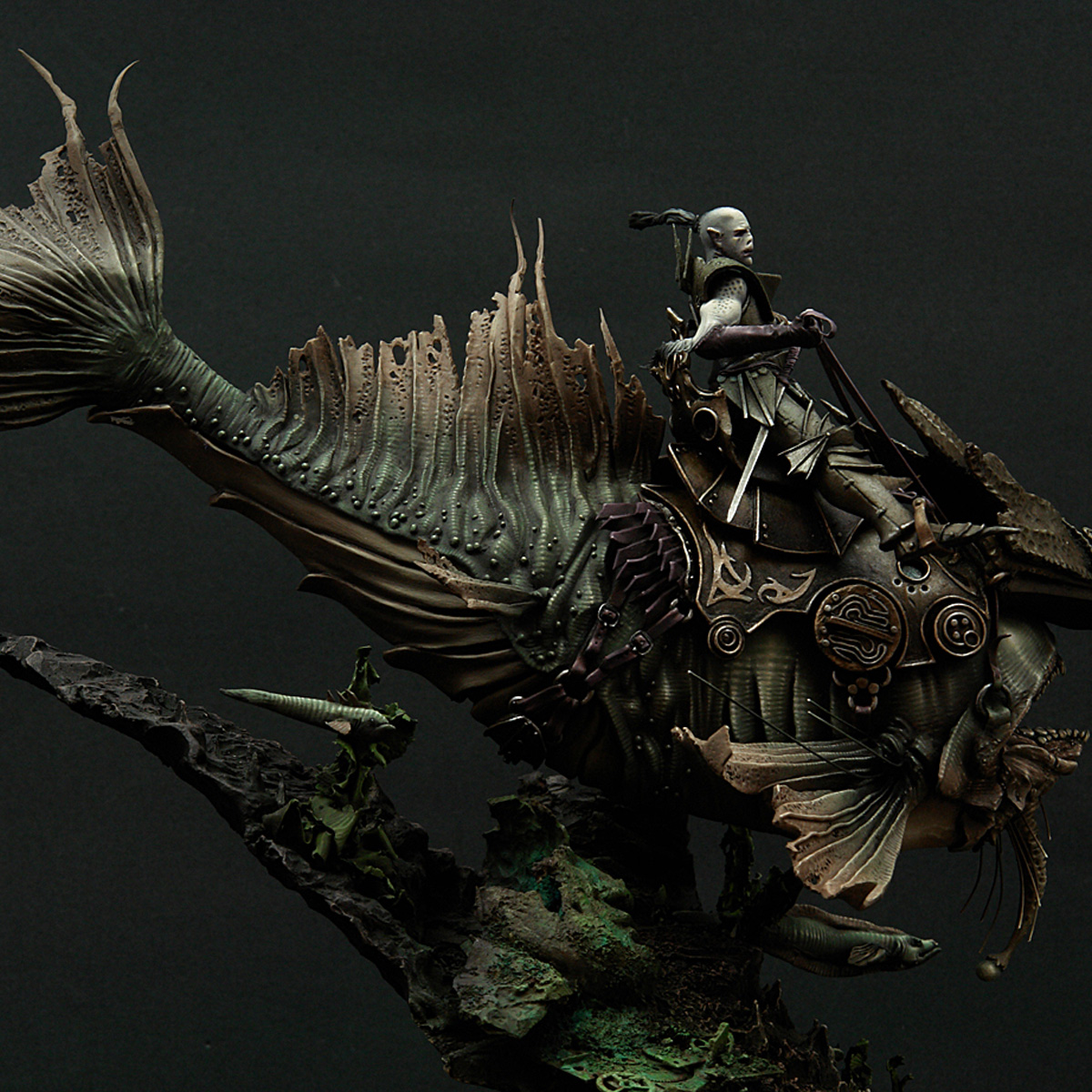 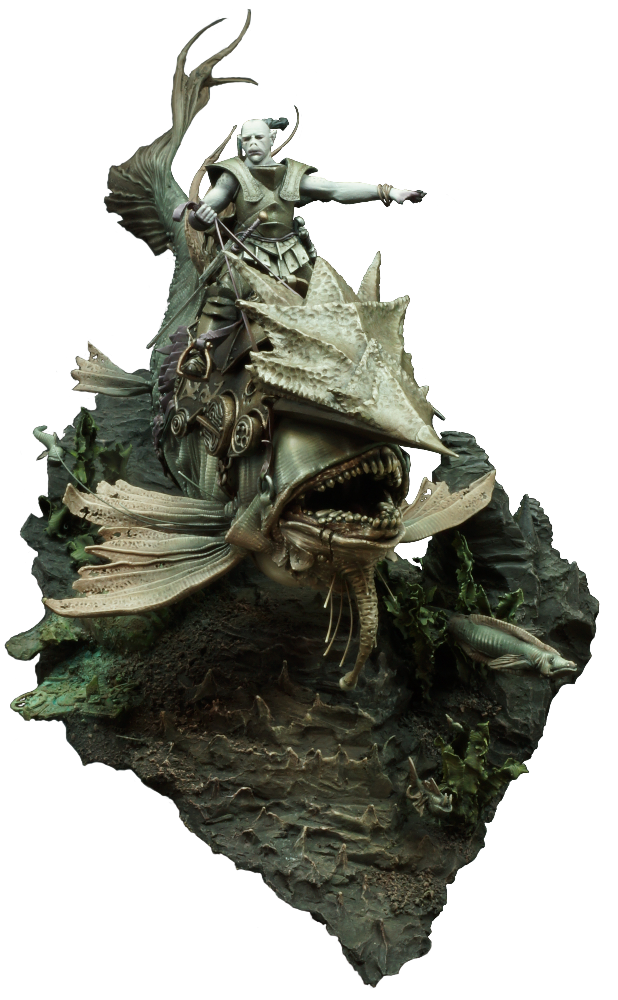 Atlantis sank, but the advanced state of civilization and technology allowed some to survive under water. Its inhabitants, the Atlantians over the centuries evolved. Their physiology changed and adapted to the new conditions. They could live and breathe in new inhospitable and extreme conditions without mechanical support. They would evolve from human beings to creatures of the water. In the implementation of this idea the use of one of the otherworldly creatures - fish of the abyss would work perfectly.

The Atlantian Lord would ride a big, imposing and dangerous creature of the abyss, thus exercising his absolute power and demonstrating his position and authority. The bigger and stronger the creature, the more power and prestige that the rider would inspire. The creature could therefore be no other than the biblical LEVIATHAN.