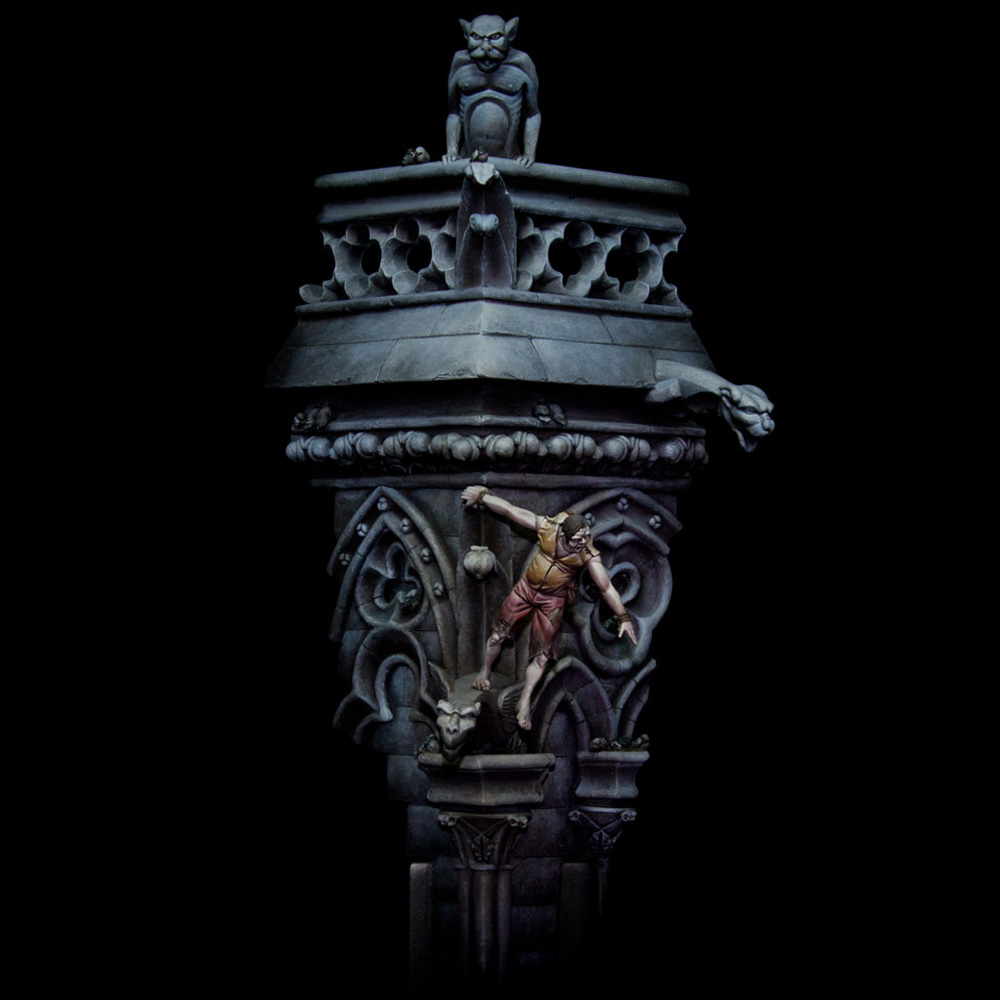 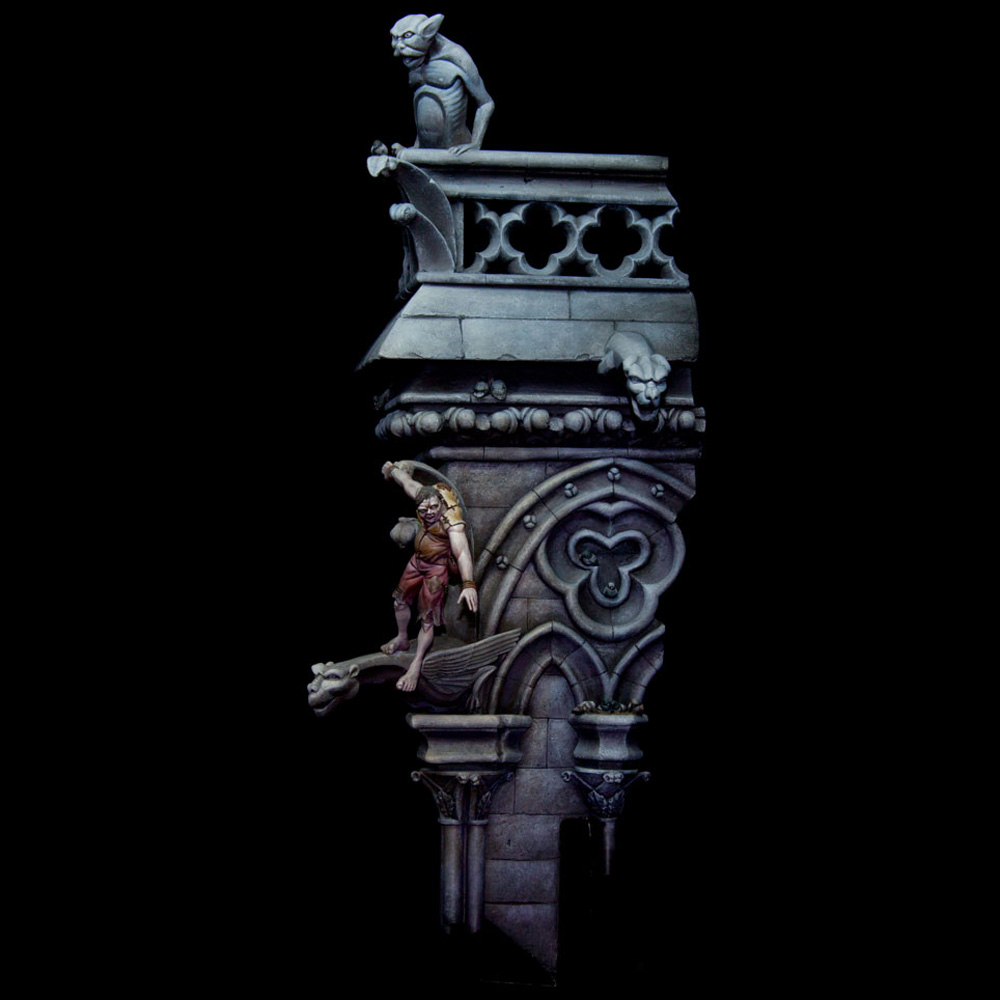 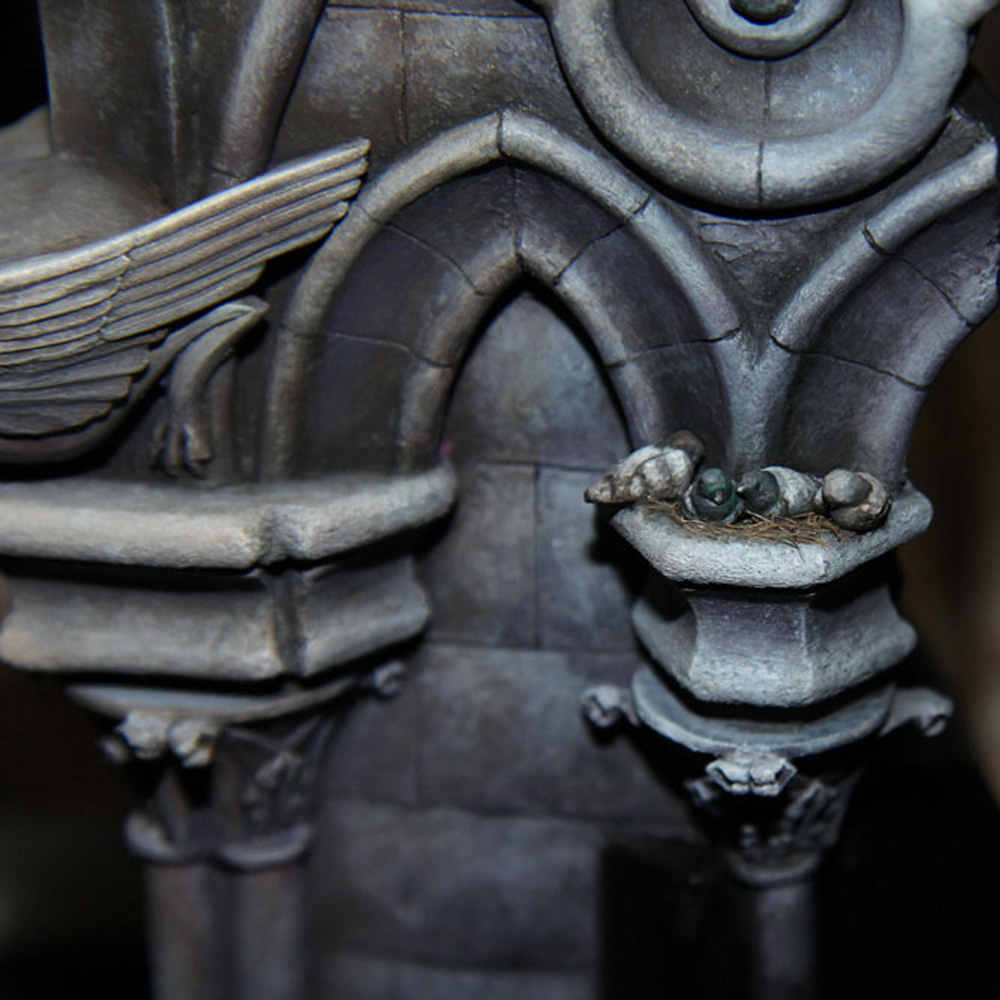 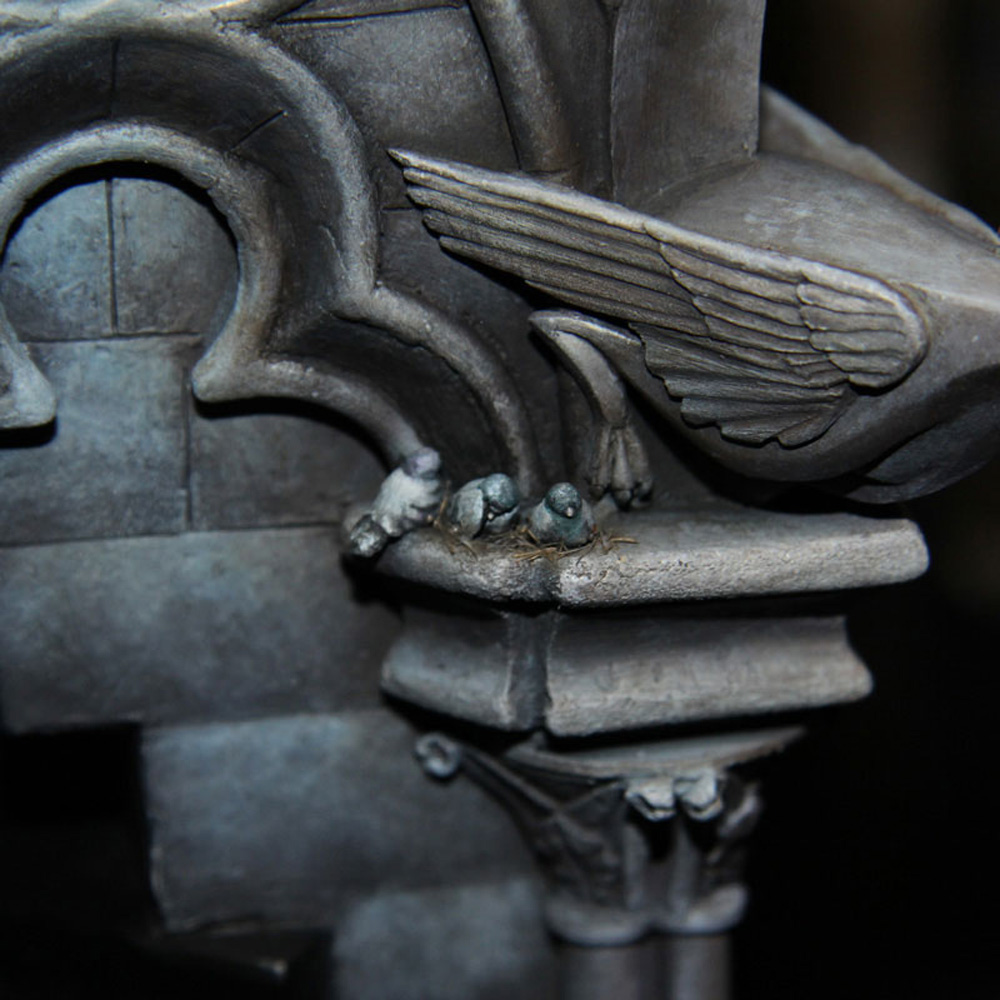 Abandoned by his mother as a baby, he was adopted by Claude Frollo the Archdeacon of Notre Dame.

Deformed and mis-shaped Quasimodo's life revolves around the cathedral, ringing the bells and his love and devotion for Frollo.

The now 20-year-old hunchback is half blind and almost deaf, from all the years ringing the bells of the Notre Dame.

Rarely venturing outside the Cathedral in fear of being ridiculed and persecuted for his appearance Quasimodo leads a solitary and lonely life.

Quasimodo would only leave the safety of the Cathedral on the Festival of Fools, during which he is elected the Pope of Fools due to his flawless hideousness.

His feelings for a beautiful gypsy girl would also draw him outside, first to kidnap Esmeralda, then to rescue her from the gallows, and to deliver her to Phoebus.

Esmerelda is one of the very few characters that show Quasimodo a moment of human kindness and compassion.